Huawei's official has shared a new photo that is claimed to be the Mate 40 camera sample with some interesting details. Huawei Mate 40 series is launching on October 22 and the company is occupied building the hype ahead of that. The latest tactic to woo customers is the camera sample that the company claims was shot using the Mate 40 camera. And to everybody's wonder, it is a photo of a moon in broad daylight. The spots and features of the moon's surface are amply clear in the photo, which tells about the Mate 40 camera a lot.

Shooting celestial objects, such as the moon and the stars in the sky has become just another yardstick that smartphone companies use to show off their cameras. But Huawei started it all with the beautiful moon shot that the Mate 30 clicked. This feature was retained on the P30 Pro, as well. And with Mate 40 Pro, the company is going the extra mile to showcase how better its expertise on phone cameras has become. 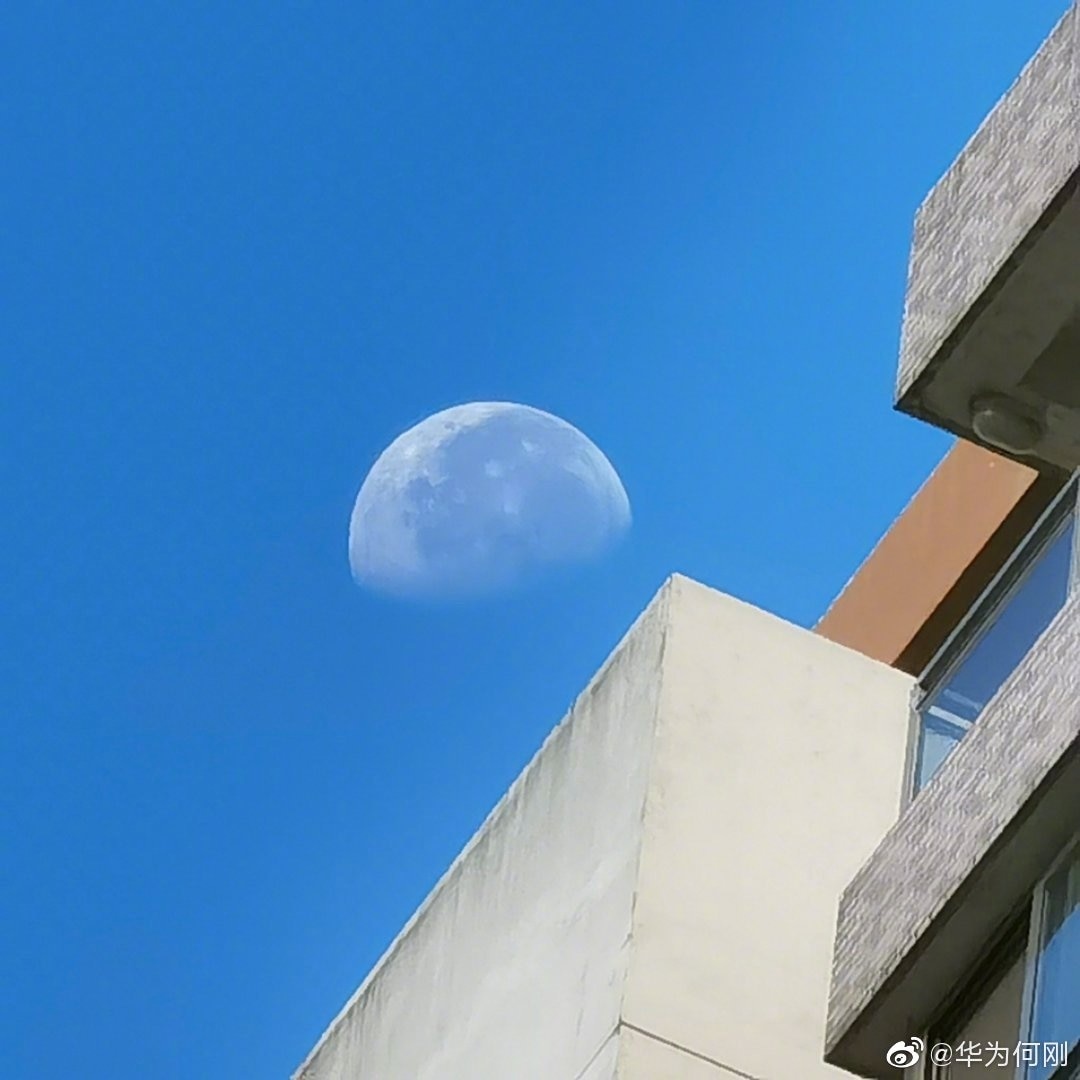 Huawei's head of smartphone unit, He Gang posted the photo on Weibo, but he did not share the specifications of the sensor responsible for this breath-taking photo. Rumours are, however, rife that there will be a 50-megapixel main camera on the phone. Moreover, the 7680fps mode for ultra-slo-mo videos will likely record in 1080p resolution. There are additional sensors expected in an outlandish design that might be too much for some users. Anyway, it looks like Huawei is making some serious upgrades to its flagship's cameras that can make Samsung shy.

But Huawei will have a challenge of limited stocks for Mate 40 series phones. Its chip manufacturing partners TSMC could make only so many chipset units before the Trump administration ordered it to stop working for Huawei against the backdrop of suspicions over Chinese brands. For what it is worth, there might be enough units for enthusiasts who wait for Huawei's flagship eagerly. There could be the Mate 40 and Mate 40 Pro in the series, along with a Porsche Design edition.