As per AnTuTu, the fastest phone in the market right now is the Huawei Mate 40 Pro which has scored a staggering 685339 points. 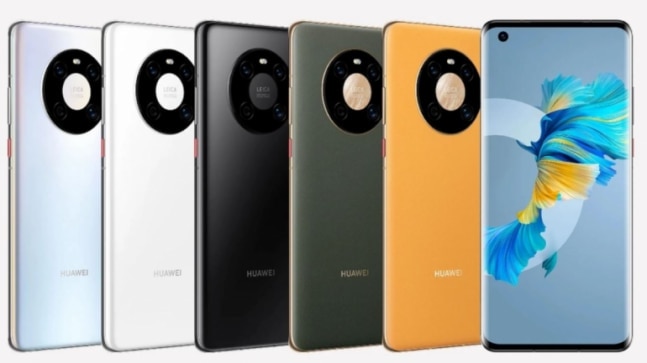 It's that time of the month when AnTuTu publishes its chart for the best performing smartphones, and this month we have some really interesting phones making their way to the list.

As per AnTuTu, the fastest phone in the market right now is the Huawei Mate 40 Pro which scored a staggering 685339 points which is quite a bit more than its closest competitor, the iQOO 5 Pro. With this, the Mate 40 Pro beats the Snapdragon 865+ which had consistently been ranking really high when it came to AnTuTu benchmarks. The credit for this goes to the inclusion of the 5nm process fabricated chipset, the Kirin 9000. 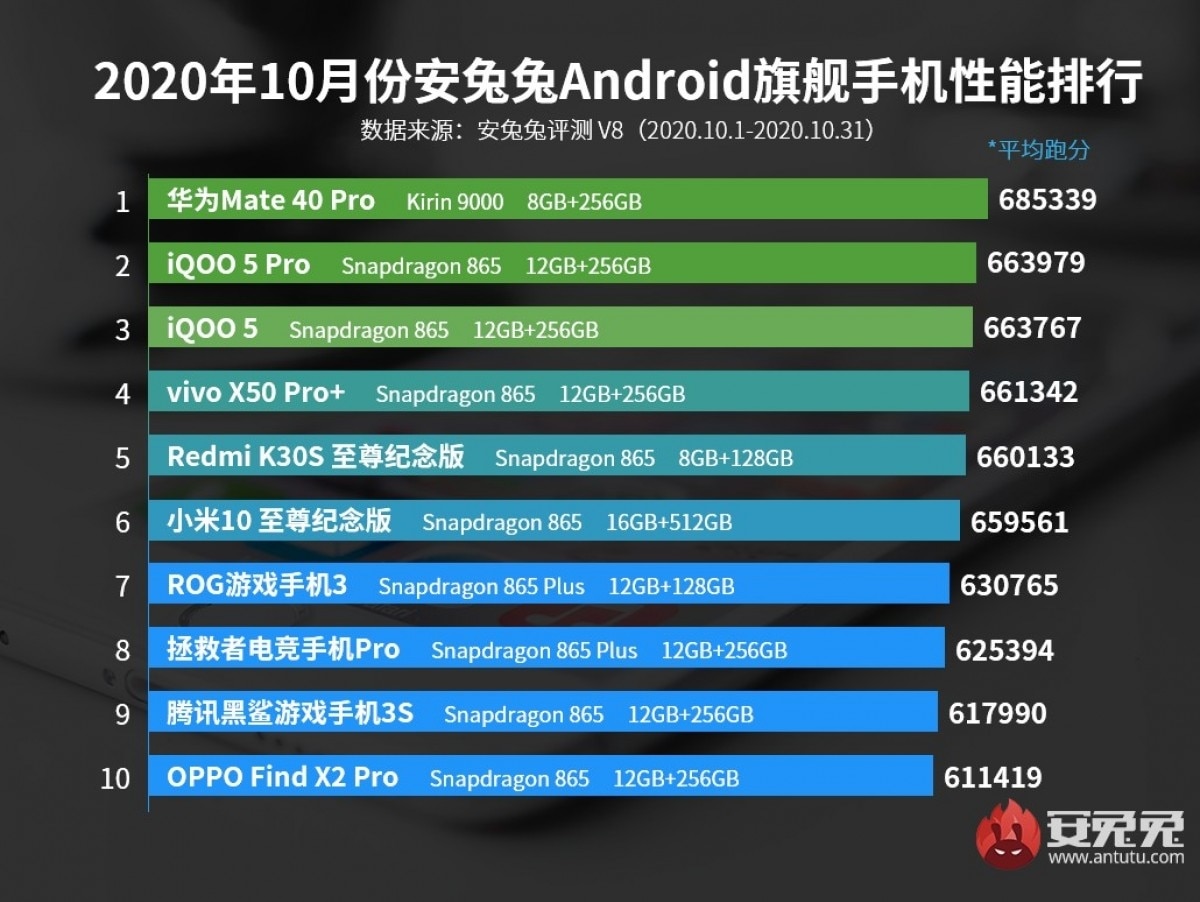 Talking about the other phones in the top 10 list, the Vivo X50 Pro+ with a Snapdragon 865 chipset also makes the list. Redmi K30S with 660133 points comes in 5th on the list. But coming back to the leader of the list, the Mate 40 Pro+, there's no guarantee when and if this phone will come to India, however, when it does it would be among the most well-rounded devices available in the market.

The Mate 40 Pro+ also sports a quad-camera setup, with the same 50-megapixel primary sensor paired with a 12-megapixel telephoto lens, an 8-megapixel periscope lens, and a 20-megapixel ultra-wide-angle lens. For battery, it relies on a 4,400mAh battery with support for 50W fast wireless charging and 66W fast wired charging. The device also gets a 6.76-inch 2K curved OLED display with a 2772x1344 resolution and a 90Hz refresh rate.