The new feature allows users to check the oxygen levels in their blood through the Watch GT 2's companion app -- Huawei Health. 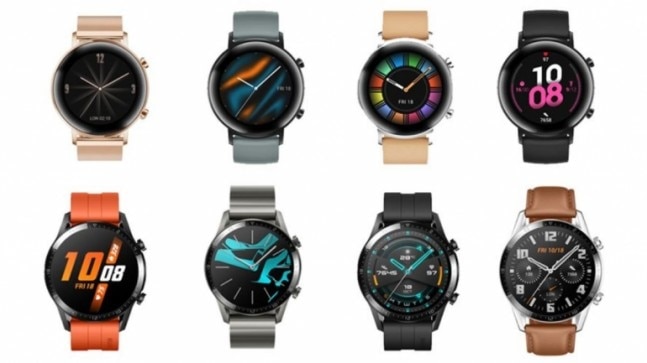 Huawei has updated the firmware update version for its Huawei Watch GT 2. The software version 1.0.6.26 brings a number of new features, but crucially adds support for SpO2 monitoring system which helps users detect oxygen saturation levels in the blood.

The feature allows users to check the oxygen levels in their blood through the Watch GT 2's companion app -- Huawei Health. The SpO2 gives an estimate of the oxygen levels in a person's bloodstream. A healthy person should have an SpO2 level between 90 and 100. Low levels of oxygen in the blood can cause hypoxemia, which can have severe impact on health.

The addition of the feature comes as a welcome news at a time when several people are facing health issues because of the lifestyle changes introduced as a result of the lockdowns across the globe. With the new SpO2 feature, Huawei claims it will be able to help "the elderly, people with certain heart and lungs related diseases and snoring issues, those having a hectic schedule, or those living at higher altitude are usual victims of low oxygen levels in the blood."

The feature is also being extended to the Huawei Watch GT 2e by the company. It is the latest smartwatch launched by Huawei and was introduced at an online event alongside the company's P40 series of smartphones.

The company claims the Watch GT 2e is "designed to inspire an active lifestyle". It features 100 workout modes ranging from traditional sports to more trendy forms of exercise. The watch comes in four new colours -- Graphite Black, Lava Red, Mint Green and Icy White, with the strap made of soft and comfortable fluoro rubber. It comes equipped with a 1.39-inch AMOLED high precision touch display which Huawei claims is crisp and colorful, allowing users to see the details clearly even in strong sunlight.

Airtel prepaid plans with a validity of 28 days: Check them out