The postpaid users of Idea Nirvana will fall under the umbrella of Vodafone Red postpaid starting May 11 for eight circles. 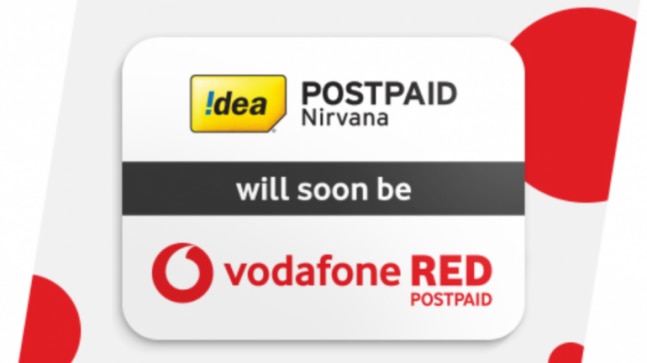 The development was first noted by Only Tech. The report states that the users will automatically be shifted under the Vodafone umbrella.

"Starting 11 May, all our valued Postpaid Nirvana customers in Delhi, Kolkata, West Bengal, Assam & North East, UP West, UP East will be a part of the Vodafone RED family", Idea's website noted.

The changes will take place starting 11th May in eight circles. These include customers in Delhi, Kolkata, West Bengal, Assam & North East, Up West, UP East.

The website noted that the plan benefits, phone number, and SIM for Idea Nirvana postpaid will remain the same.

Besides this, the converted users will get the benefit of visiting 3000+ Vodafone and Idea stores across the country. They will get a wider range of coverage on international roaming. Moreover, they will have access to Netflix and Amazon Prime with REDX.

Since Idea Nirvana postpaid users will become Vodafone Red postpaid users, they will have to go for all their queries to Vodafone's site. The postpaid users can alternatively go to My Vodafone App for their doubts and they can dial 199 for customer care.

The rolled-over data will be carried forward after the migration.

A report by Gadgets 360 states that the offer is being brought about to postpaid users as of now. Prepaid users will still fall under the Idea umbrella.

As of now, the Nirvana postpaid plans come for Rs 399 and Rs 499. The Rs 399 plan comes with 40GB data and the Rs 499 plan comes with 75GB data. Both these plans come with 100 local, national, and roaming SMS with free STD and ISD local and STD calls. However, if a user puts any of these eight cities as mentioned above and opt for "get a new connection," they are redirected to Vodafone's site.

It has been over a year since Vodafone and Idea Cellular completed the merger of their India operations in August 2018. Vodafone Idea expanded its range of Vodafone Red post-paid portfolio in June last year. It brought Red together by announcing plans that are designed for families.