Google Nest security camera captured the priceless reaction of Paul Milgrom when he was informed about his Nobel Prize in Economics. 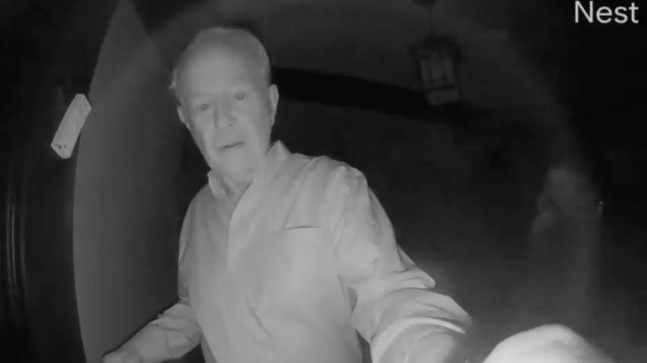 In an interesting turn of events, the Google Nest security camera captured the priceless reaction of Paul Milgrom when he was informed about his Nobel Prize in Economics.

Standford Professor Paul Milgrom was named the Nobel Prize winner in Economics along with Robert Wilson, who is also his neighbor. However, the Nobel committee had some trouble informing Milgrom about the winning news so his fellow-winner Wilson decided to take matters into his own hands.

Wilson knocked on the door of Milgrom at 2:15 am to let him know the winning news but it was the Google Nest security camera that recorded the priceless reaction of Milgrom for the world to see. Google, however, could not stop beaming with pride as its little wonder captured such an important moment.

Standford University shared the video and wrote, "The #NobelPrize committee couldn't reach Paul Milgrom to share the news that he won, so his fellow winner and neighbor Robert Wilson knocked on his door in the middle of the night."

In another tweet, Stanford University revealed that when Wilson rang the doorbell at 2:15 am in the morning, Milgram's wife, who was in Stockholm, got a notification on her phone about the same. She then witnessed the entire action live.

Google also retweeted the video on Twitter and said, "Well now we know it's a really smart home." CEO Sundar Pichai too couldn't stop himself from sharing the video. "Such a nice moment, congrats to Paul Milgrom and Robert Wilson for their Nobel Prize!," he wrote.

In the video, Wilson can be heard telling Paul that he has won a Nobel Prize."Paul? It's Bob Wilson, You've won the Nobel," he said. To which, Paul, who seemed to have woken from his deep sleep, replied "Wow."

For the unversed, the smart security cameras by Google h.elps people in looking after their homes even when they are away. It has some of the features including the 24/7 live streaming, a versatile magnetic stand, person alerts with Nest Aware, and a responsive Google Home app for all Nest products.

Airtel, Jio and others likely to demand price increase for phone plans