Warning people to treat the game like a game despite its close shave with the reality, the creators have issued a statement asking players to seek information from the official sources and not the game, Plague Inc. 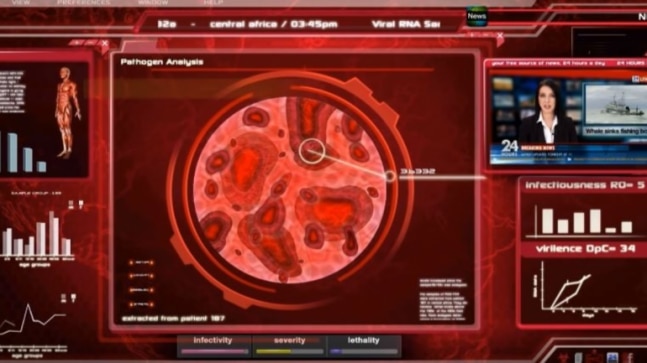 At the time when the world is reeling under the threat of the deadly Coronavirus that has spread from Wuhan in China to other parts of the world, a bunch of youngsters are relying on a mobile game that teaches players about how diseases spread.

Warning people to treat the game like a game despite its close shave with the reality, the creators have issued a statement asking players to seek information from the official sources and not the game, Plague Inc.

The Coronavirus outbreak in China is deeply concerning and we've received a lot of questions from players and the media, the statement on the company's website read.

Plague Inc, the game, in which the players try to infect the entire world with a life-threatening virus, became quite popular and was also downloaded many times in the wake of the Coronavirus outbreak in China.

Informing about the surge in popularity, the creators of Plague Inc wrote, The game has been out for eight years now and whenever there is an outbreak of disease we see an increase in players, as people seek to find out more about how diseases spread and to understand the complexities of viral outbreaks. We specifically designed the game to be realistic and informative, while not sensationalising serious real-world issues. This has been recognised by the CDC and other leading medical organisations around the world.

The company urged the people to treat Plague like a game and not a scientific model. They also recommended the players to seek information from local and global health authorities and not rely on something as trivial as their game, which was solely designed for entertainment purposes.

Plague Inc. is a game, not a scientific model and that the current coronavirus outbreak is a very real situation which is impacting a huge number of people. We would always recommend that players get their information directly from local and global health authorities, the statement read.

Plague is available on both the App Store and the play store. Although the app is available for free of cost, it is chargeable on iOS. The game first came to the fore eight years ago and it was designed to give a realistic experience to its users. Sometimes these games so real that people tend to mistake it for reality.

As soon as you open the game, three options appear on your screen Play, How to Play and Progress. When you select How To Play' to know the basics of the game you are directed to the page that guides you to select a country first to spread the disease and the next step is to infect people and collect DNA points. When you reach the end of the game, the manual directs you to kill everyone and states that you can only win the game when you kill everyone. At such a sensitive time, the existence of a game that directs people to infect everyone with deadly viruses to win the game is alarming.

The Coronavirus that is spreading like wildfire seemed to have touched the shores of India as three cases of the deadly disease were reported in Delhi while over 100 people across the nation were kept under observation.