Indian government reportedly building its own WhatsApp-like chat app: Everything you should know

The instant messaging platform is reportedly being called GIMS and expected to be out later this year. 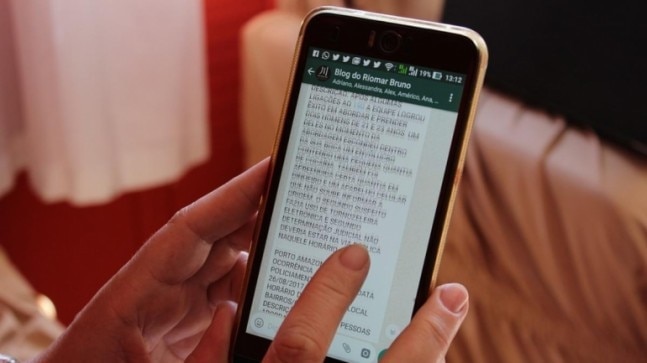 In the wake of the recent cybersecurity fiasco wherein, the infamous software called Pegasus was used to snoop on private chats, the Indian government is reportedly building an alternative to WhatsApp. The government is said to be working on an instant messaging platform that will board up the official communication relayed between government employees to enforce better confidentiality and security. The platform is called GIMS, which is an acronym for the Government Instant Messaging Service, and is being developed by the Ministry of Electronics and Information Technology (MeitY). GIMS is expected to be rolled out later this year.

According to a report by Financial Express, GIMS will connect the employees and officials working at both central and state levels of the government. However, the state governments can exercise their discretion for the opt-in. The report mentions that the pilot tests for GIMS are currently being conducted by MeitY, with a participation of 17 government organisations that include the Ministry of External Affairs (MEA), Ministry of Home Affairs (MHA), Central Bureau of Investigation (CBI), MeitY, Indian Navy, and Indian Railways among others. The state governments of Odisha and Gujarat are also taking part. The pilot programme covers around 6,600 officials from different organisations, reported to have exchanged about 20 lakh messages.

GIMS has been built using an open source solution for both Android and iOS platforms, much like WhatsApp and other instant chat apps that are readily available for everyone. Similarly, the government's service will support up to 11 local languages in addition to English and Hindi. The rollout of the interface in other regional languages will follow the initial launch. The app will offer a unified messaging platform that is being built by the National Informatics Centre (NIC), the government agency that works under MeitY and is responsible for providing the IT infrastructure for the government.

With cybercriminals or rogue states targeting such communication, it is high time India has its own government instant messaging service, a former government official, who has dealt with cyber-security threats previously, was quoted as saying.

The recent Pegasus snooping fiasco that impacted some key government officials around the world compelled various governments to come up with their alternative to instant messaging platforms that are widely popular across the globe. Two such platforms are Facebook's WhatsApp and Telegram that boast of end to end encryption on their messaging platforms. However, WhatsApp and the Indian government are at the loggerheads over the encryption. The Indian government wants WhatsApp to develop a technology that allows lawful interception for the purpose of national security. Facebook had earlier announced to comply with the demands of the government without sharing the specifics.

After WhatsApp, Facebook to roll out dark mode soon for Android users