Indian smartphone company Micromax set to launch 3 smartphones: All you need to know

Smartphone maker Micromax is all set to re-enter the Indian smartphone company with three new smartphones. Read on to know more. 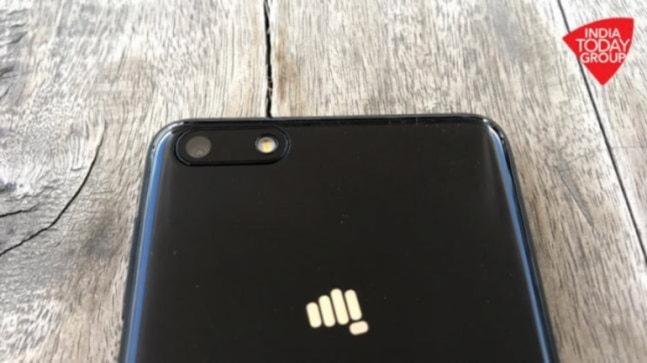 Smartphone maker Micromax is all set to re-enter the Indian smartphone company with three new smartphones. The company has teased the launch of three of its new smartphones on its social media handles ahead of the big launch. Micromax, which was once a popular brand in India, eyes to make its mark as ant-China sentiments take flight in India due to the mishap at Galwan Valley.

As per a Gadgets 360 report, Micromax is planning to launch three new smartphones in the budget segment. All the smartphones will be priced under Rs 10,000 and the company claims that the phones would possess premium features and will have a modern look. The last smartphone launched by the company was October. The called iOne Note was priced at Rs 8,199.

Ever since the clashes have taken place between the Indian and Chinese Army at the Galwan Valley, anti-China sentiments have witnessed a steady rise. People have demanded a ban on all the Chinese products including the smartphones by the China-based company. Micromax has been asked time and again by the fans to make a comeback. The company had assured the buyers that it will be back in the market soon.

"We're working hard internally and soon we will come up with something big. Stay tuned!" Micromax had replied to one of the users demanding the company to produce smartphones all over again.

In another reply to a follower on Twitter, Micromax hinted that their upcoming devices will have premium features and a thoroughly modern look. The company has been tweeting with hashtags #MadeByIndian and #MadeForIndian to support the boycotting of Chinese products in India. Micromax has not divulged many details about the manufacturing of the products.

Talking about Micromax's comeback in India, Navkendar Singh, Research Director — Devices and Ecosystem, India & South Asia, IDC, told Gadgets 360, "Micromax can certainly try to make a comeback in these times. However, it will be very difficult and full of challenges, not only for Micromax but any new brand trying to make an entry in a highly complex but consolidate smartphone market like India."

For the unversed, Micromax was once a sought-after smartphone brand in India. It became the tenth-largest smartphone company across the globe in 2014. However, due to the sudden onslaught of the smartphone companies from China including Xiaomi, it failed to cope up with the demand and pressure and quietly retracted from the Indian smartphone market.