ShareChat was founded in 2015 by three IIT Kanpur graduates and has emerged as a non-English platform for India's internet users. 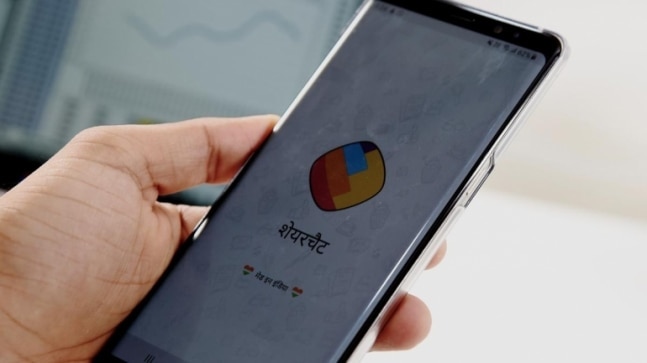 As large flocks of India's internet users shun TikTok and other 58 Chinese apps, the indigenous apps are seeing a sudden spike in their adoption. ShareChat Wednesday said it has clocked 15 million downloads within 36 hours of the announcement banning Chinese apps in India. The social media app was downloaded at a rate of 5 lakh per hour while the new users flooded the platform with over 1 lakh posts supportive of the government's decision.

Founded by three IIT Kanpur graduates in 2015, ShareChat has prioritised communication in local languages, which includes posts, hashtags, creative banners, and posters. With the ban now effective in India, India's internet population is moving to other options, which, at hand, are the Indian counterparts. ShareChat, an alternative to social media and content-creation platforms, has said the content on its platform is shared on WhatsApp over 1 billion times a month and that its users spend over 25 minutes daily on the app. It has over 160 million users now and 60 million monthly active users.

With the anti-China sentiments at its peak, not only the citizens but the Indian government is also jumping on the bandwagon. MyGov, the digital e-governance department of the Narendra Modi government, launched its official account on ShareChat a day after the ban was announced. The government can reach over 60 million users on ShareChat in as many as 15 Indic languages, the company said.

"We are excited to see the way people are exploring ShareChat for the endless possibilities it offers to the people and making it the preferred Indian social media platform," said Farid Ahsan, COO and Co-founder of ShareChat. "We are thankful for their continuous support and yet again, enabling us to emerge as the leader in the Indian social media landscape. We are confident that this sets up the foundation of another success for ShareChat."

ShareChat is a direct rival to platforms such as WeChat, which was one of the 59 apps that have been placed under a moratorium as the tensions between India and China have been simmering after the face-off in Ladakh. Much like ShareChat, other indigenous apps such as Chingari and Mitron are flourishing by the day as swaths of India's internet users turn to adopt homegrown apps. The two apps are posed as an alternative to the uber-hit short-form video creating platform, TikTok. TikTok, owned by China's ByteDance, had over 200 million users in India and is one of the apps to have been banned in India.

Poco M2 Pro confirmed for July 7 India launch, to be a Flipkart exclusive