Like most Infinix devices, the Infinix Hot 10 is ab entry-level device with a Mediatek Helio processor and dual rear camera setup. 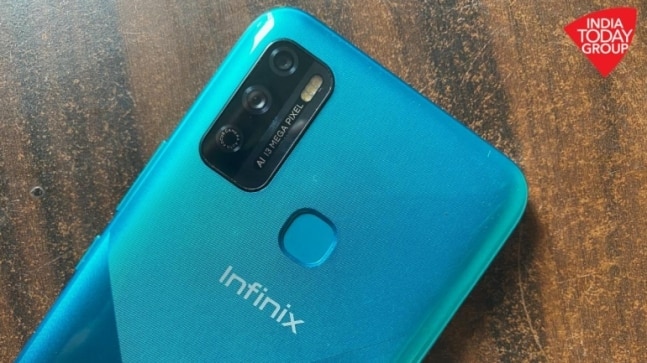 Infinix had a successful 2020. It launched quite a few devices in different segments. Some of the popular devices that were launched recently were Infinix Note 7, Infinix Zero 8i, Infinix Hot 10 among others. While we do not know whether the third Hot 10 Play will be released in India or not, let us have a look at the specifications.

Infinix Hot 10 Play has been launched in the Philippines at PHP 4,290 (roughly Rs. 6,500). It comes in a single 2GB + 32GB storage variant. The smartphone has been launched with two different color options including Aegean Blue and Morandi Green. The company has not shared any details about its international availability.

The Infinix Hot 10 Play features a 6.82-inch HD+ IPS display with a resolution of 720x1,640 pixels. The smartphone is powered by MediaTek Helio G25 SoC coupled with 2GB of RAM and 32GB of storage, which can be expandable using a microSD card. The smartphone runs on Android 10 (Go edition).

In terms of camera, the Infinix Hot 10 Play features a dual-camera setup on the rear which comprises a 13-megapixel primary sensor and an AI lens. On the front, there is an 8-megapixel camera for selfies. There is a flash on both sides of the phone.

For connectivity, the smartphone gets support for Wi-Fi, 4G, Bluetooth, GPS, 3.5mm headphone jack, Micro-USB port, FM Radio, and more. Some of the sensors include a gyroscope, ambient light sensor, proximity sensor, e-compass, and accelerometer. The smartphone houses a 6,000mAh battery the company claims that offers 53 hours of talk time. On the rear, there is a fingerprint scanner.