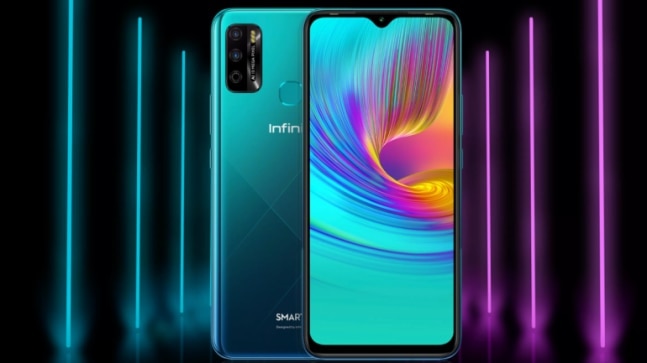 Infinix is all set to drop yet another smartphone in India today. The smartphone will be launched exclusively on Flipkart at 12 noon. The teaser page of the Infinix Smart 4 Plus has been live on the Walmart-owned e-commerce platform for quite some time now. The teaser reveals that the smartphone is will feature a big screen as well as a bigger battery.

Infinix has not revealed the entire specifications of the smartphone yet but from what we know so far, the Infinix Smart 4 Plus will house a massive 6000mAh battery and feature a 6.82-inch screen with a drop notch display. Infinix has catered to the entry-level and budget audience always and this too could be an entry-level device with a huge battery.

The company promises that the 6000mAh battery would make the phone last for 31 days on standby mode and will provide a 38-hour talk time. By the looks of the smartphone, the Infinix flaunts the usual design that has been seen in various smartphones before. There is a triple camera setup on the rear which comprises of a 13-megapixel camera and two other camera sensors. Along with it, you can spot a triple LED flash for brighter pictures. A fingerprint scanner can also be seen on the rear panel with the Infinix logo placed right below it.

It was also being speculated that the Smart 4 Plus will be powered by MediaTek Helio P22 SoC paired with 3GB of RAM. The smartphone will run on Android 10 out of the box.

Infinix has always scored decent points when it comes to the display and with Smart 4 Plus it comes with a bigger display, presumably with better screen resolution. Although the price has not been revealed it, from whatever it looks it could be the first entry-level device to house a 6000mAh battery and a 6.82-inch cinematic screen. About the colour options, the Infinix Smart 4 Plus arrive in two different colours including the teal and the violet. No confirmation has been made about the same but looking at the teaser page on Flipkart, it can be speculated.

This year, Infinix had launched three devices in the budget segment including the Infinix S5 Pro and the Infinix Hot 9 and Hot 9 Pro. The smartphones were priced around and under 10k but had different specifications.