Hong Kong-based smartphone maker Infinix has launched one of its most anticipated devices in Indonesia, called the Infinix Zero 8. 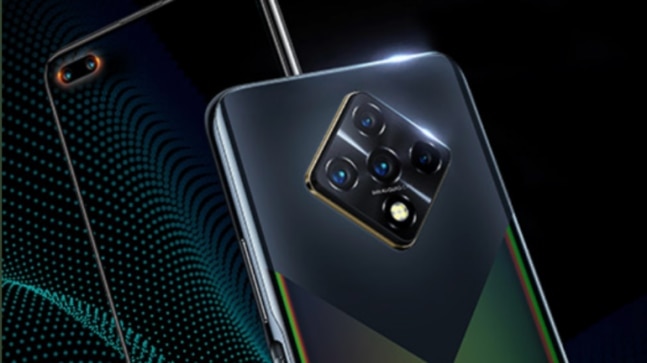 Hong Kong-based smartphone maker Infinix has launched one of its most anticipated devices in Indonesia, called the Infinix Zero 8. After several leaks and speculative reports, Infinix has finally made the phone official. Although India's launch date has not been announced by the company, the smartphone comes with a lot of high-end features and a powerful processor at an affordable price.

Infinix has so far launched budget smartphones in India including the Smart 4 Plus, Hot 9 series, and others but with Zero 8, it might target the mid-range segment. So let us have a look at the expected price, specifications, and more.

Infinix Zero 8 has been priced at Rp. 3,799 (roughly 15,000 for the 8GB and 128GB storage variant. The phone has been launched in Indonesia, the India launch date is not known. The Zero 8 is available in two different color options including Black and White.

Infinix Zero 8 features a 6.85-inch FHD+ display panel with a refresh rate of 90HZ and180Hz touch sampling rate. The display flaunts the bezel-less design with a dual-punch-hole cutout for selfie cameras. As far as the processor is concerned, the Infinix Zero 8 is powered by a MediaTek Helio G90T coupled with 8GB of RAM and 128GB of storage capacity which can be expandable using a microSD card. The processor used by Infinix in the Zero 8 is known for providing a seamless gaming experience. It was previously seen in devices including the Redmi Note 8 Pro and Realme 6.

As far as the battery is considered, the Zero 8 feature a 4500mAh battery with support for 33W fast charging support. Interestingly, it also features a Type-C port for refilling the juice. The smartphone runs on Android 10 out of the box based on the XOS 7.

After Redmi 9, Xiaomi could launch Redmi 9i in India: All you need to know

Walmart teams up with Microsoft in joint bid to acquire TikTok