A 33-year-old Los Angeles resident has shared his story, claiming that he became a Dogecoin millionaire on April 15. 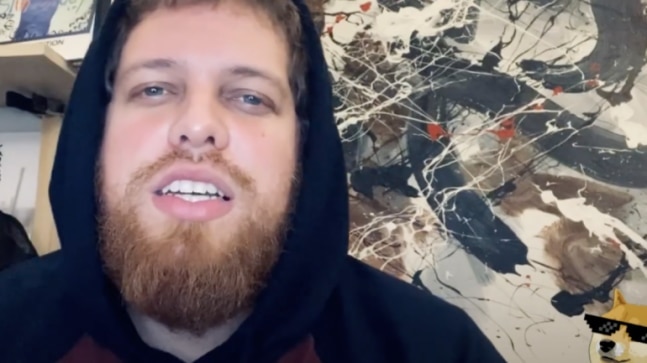 Contessoto was warned by some of his friends by stuck to his plans.

Dogecoin is emerging as the new hot cryptocurrency and has given exponential returns to investors since the beginning of 2021. Now, a 33-year-old Los Angeles resident has shared his story, claiming that he became a Dogecoin millionaire on April 15. Glauber Contessoto shared a YouTube video where he revealed that he had invested over $180,000 in Dogecoin when its price was about $0.045 cents in February.

He confirmed his millionaire status on Reddit by sharing a screenshot of his holdings on Robinhood. "Hey guys I just became a Dogecoin millionaire," he wrote, attaching the screenshot.

No surprise for guessing who inspired Contessoto to invest in this digital currency Tesla chief Elon Musk who has been tweeting about Dogecoin for the past few months. Some of Musk's tweets have been the reason behind a surge in Dogecoin price. Contessoto, who works in the music business, said the billionaire Elon Musk was a key inspiration behind his decision. He claimed in his YouTube video that the Tesla boss owned about a third of the Dogecoins in circulation.

The 33-year-old said that he strongly believes in the potential of Dogecoin and it can help him build wealth for his family. He said that he took a huge risk to buy Dogecoin by using all his savings and sales from his shares of Tesla and Uber and that he invested on margin from Robinhood.

Contessoto was warned by some of his friends by stuck to his plans and has decided to take out 10 per cent of his holdings when the value hits $10 million mark.

Dogecoin has seen mixed trends over the past weeks. After a surge in the first half of April, the meme cryptocurrency saw a decline over the last week. Dogecoin's price in rupees had crossed Rs 32 last but came down to Rs 21 by Tuesday (at the time of writing).

The crypto had hit a record peak earlier this week when its market capitalization soared to more than $50 billion. After the slump, its market cap dropped roughly $45 billion, according to coinmarketcap.com. Bitcoin remains to be the most popular cryptocurrency with a market cap of more than $1 trillion.

Dogecoin's logo features a Shiba Inu dog at the center of the meme. In fact, it was started as a joke and was largely an internet meme before it really took off at the start of this year.

Also Read | How to search for hospital beds, oxygen cylinders and other Covid 19 related resources near you on Twitter
Also Read | What is Dogecoin? All you need to know about this cryptocurrency
Also Read | Apple CEO Tim Cook pledges aid to India amid Covid-19 surge