Instagram is testing a new change with select users that will not let people add a feed post to Stories. 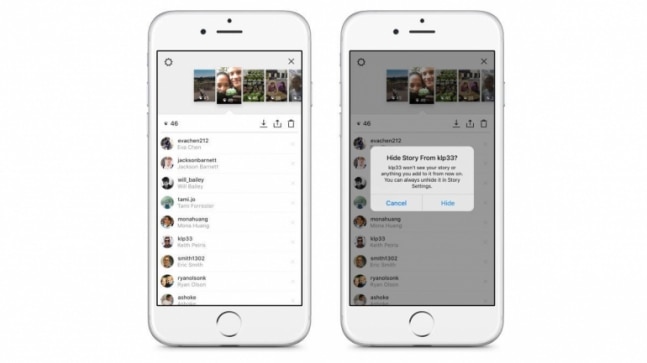 Often, Instagram users share their feed images or videos as their Stories to maximise engagement on their posts. However, this may soon stop as Facebook-owned photo-sharing platform is testing a new feature limiting people from sharing feed posts in Stories. The platform has reportedly sent out a notification pop-up to some users as part of its testing, which notifies the "Testing a Change to Sharing to Stories."

The company says that the Instagram community want to see fewer feed posts in Stories which means the change will stop the repetition of posts on multiple elements - feed post and Stories - in this case.

"We hear from our community that they want to see fewer feed posts in Stories. During this test, you won't be able to add a feed post to your Story," the pop-up notification sent by Instagram reads.

Instagram limiting the ability to share photos and videos posted on the feed and then re-shared to Stories may be linked to community feedback. Both feed and Stories are different elements on Instagram, but often people end up posting the same on both elements. The only way you will see Story from an account is when you're following the person. Let's say that the feed post you interacted with from an account also appears in the Stories then this could be annoying at some level. Instagram plans to fix this repetition, and we can expect this to be available for everyone very soon. However, it will be interesting to see whether the change is only applicable to personal Instagram accounts or also to Business accounts.

instagram users: I wish people stopped sharing so many feed posts to their Stories

The new change is likely to hit content creators to a point as this is a norm for creators on the photo-sharing platform to re-share posts in their Stories to get more engagement. However, a Social Media Today report points out that the changes don't apply to IGTV previews.

Instagram Stories was launched back in 2016 and was then touted as a feature inspired by Snapchat. In July 2020, the company claimed that 500 million people interact with Instagram Stories every day. This gives you some idea how popular the feature has become in about five years since launch.