Intel may launch laptops with foldable display later this year

Intel had showed off a prototype device with a bendable display and this year it might be getting serious. 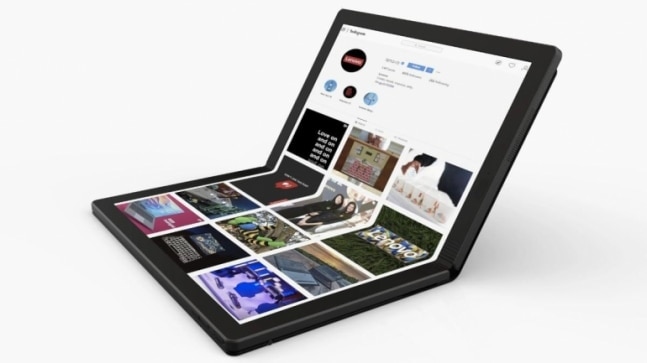 Intel is bullishly moving in the direction to launch its own laptops as it continues to lose momentum in the PC market with the advent of proprietary chipsets from companies such as Apple, Qualcomm, and AMD. But the chip maker's laptop will not be run of the mill. The company had showed off the Horseshoe Bend prototype at CES last year but this year, Intel's foldable laptop might become real. Intel is reported to launch notebooks with foldable displays in the second half of 2021.

According to a report by DigiTimes, Intel will use its in-house chipsets to power these notebooks that will usher new use cases that the company envisaged last year with the prototype. It is also possible that Intel begins supplying these chipsets to PC makers, giving a new lease of life to notebooks that have more or less stayed the same for quite some time. Although companies such as Lenovo, Razor, and Asus have tried outlandish elements such as a second screen, foldable displays will be game-changer.

Intel is said to have reached the final stages in the development of the notebooks with foldable displays, according to the report. DigiTimes does not have much to report on Intel's future notebooks but it has tipped what these foldable-screen laptops will cost. According to the report, citing sources close to the matter, the notebooks with foldable displays will cost north of TWD 70,000. This translates to shy of Rs 2 lakh, which is not too much considering the innovation the laptop will bring. A top-end PC or MacBook is around the same price in India. But then it is not confirmed what specifications Intel's foldable screen laptops will have.

At the CES last year, Intel demoed the Horseshoe Bend prototype device with an OLED display. The device would fold from the middle and lacks a physical keyboard. Although the way it is bent is similar to traditional laptops. There is also a Surface-style kickstand that can be used to use the display in full-size along with a wireless mouse. This prototype is built around the 10nm Tiger Lake architecture that is available in several laptops now. But the one that Intel is reported to be building might have a newer processor.

Having a foldable display will change the interface, which will in turn require the operating system to work accordingly. Intel's Horseshoe Bend ran on Windows 10 but the company had suggested that Windows 10X would work better on this form factor. This gives us the idea that Intel might use the latter for its notebooks with bendable displays. Microsoft's Windows 10X is meant for use on devices that are not operated in a conventional manner, which is why it might be suitable for Intel's devices. For now, there is no way to confirm what is happening, which is why readers are advised to take this news with a pinch of salt.