Myanmar's national connectivity fell initially to 75 per cent and subsequently to 50 per cent of ordinary levels by 8 AM following reports of the detention of political leaders including AungSan Suu Kyi. 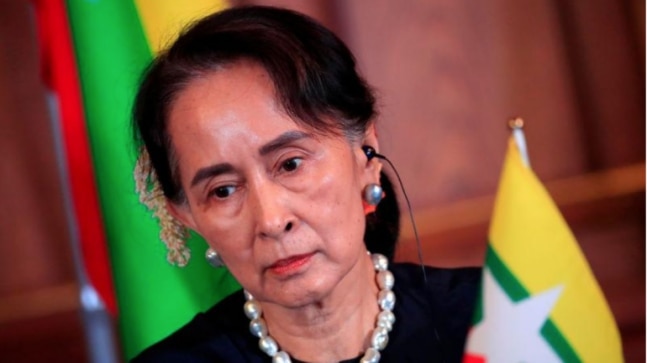 Internet connectivity in Myanmar fell drastically on Monday morning according to monitoring service NetBlocks following reports of a military uprising and detention of political leaders including AungSan Suu Kyi. As per the report, the telecommunications disruptions began approximately at 3 AM. The continuing disconnections were monitored with national connectivity falling initially to 75 per cent and subsequently to 50 per cent of ordinary levels by 8 AM.

Phone lines to the capital Naypyitaw and the main commercial centre of Yangon were not reachable, and state TV went off air hours before parliament had been due to sit for the first time since the National League for Democracy (NLD) landslide election win in November, as per reports.

As per technical data cited by Netblocks multiple state operators including state-owned Myanma Posts and Telecommunications (MPT) and international operator Telenor were affected. As per the findings, the network operators were affected due to a "centrally ordered mechanism of disruption targeting cellular and fixed-line services."

Myanmar's military seized power in a coup against the democratically elected government of Nobel laureate Aung San Suu Kyi, who was detained along with other leaders of NLD party in early morning raids, Reuters reported.
"I want to tell our people not to respond rashly and I want them to act according to the law," NLD spokesman Myo Nyunt told Reuters, adding that he expected to be arrested himself.

According to Myanmar military television, the military has taken control of the country for one year placing State counsellor Aung San Suu Lyi under house arrest.

As per reports, the military in Myanmar known as the Tatmadaw, holds 25 per cent of the total seats under the 2008 military-drafted constitution and several key ministerial positions are also reserved for military appointees. Suu Kyi's party captured 396 out of 476 seats in the combined lower and upper houses of Parliament in the November polls.
The military charged that there was massive voting fraud in the election but the state Union Election Commission last week rejected its allegations.

According to news agency PTI, a military spokesman at its weekly news conference, responding to a reporter's question, declined to rule out the possibility of a coup. Major General Zaw Min Tun elaborated by saying the military would "follow the laws in accordance with the constitution." Using similar language, Commander-in-Chief Senior General Min Aung Hlaing told senior officers in a speech Wednesday that the constitution could be revoked if the laws were not being properly enforced.