The changed features include friends' avatars in circular with a little badge on them if a friend is using the Messenger app. 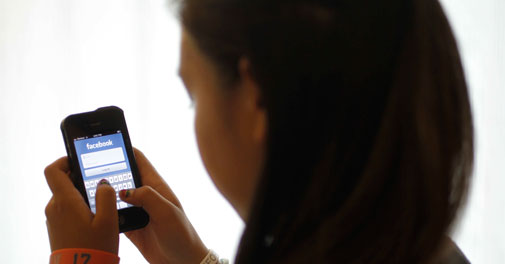 Facebook has reportedly released a latest version of its Messenger app for iOS and Android which looks more like any other chat app than something specific from the social media giant.

The app is named Messenger and not Facebook Messenger, with icons, text, and buttons in lighter yet vibrant shade of blue and it can easily pass off as a chat app if the prominent 'Like' button wasn't there in the chat window.

According to 'The Verge', the latest redesigned Messenger begins testing with a random group of users on Thursday and would be made available to other Android users and iOS users in the coming weeks.

The changed features include friends' avatars in circular with a little badge on them if a friend is using the Messenger app.

Some front-end tweaks made the app faster on Android, where the SMS texting feature, which let you text friends who don't have Facebook, has been removed.

The company's spokesperson said that the SMS feature didn't take off and hence has been removed, the report added. (ANI)