iOS 14.5 update has started rolling out for iPhone 6s and later models. The update brings new features like support for AirTag, new emojis, Siri with diverse voice options, and more. Apple has started rolling out iOS 14.5 update, which is the biggest update to iOS 14. The update is massive and is about 1.2GB in size though this may vary depending on the model.

The all-new update brings the most awaited feature that will let Apple Watch users unlock their iPhone while wearing a face mask. It adds the ability to unlock your iPhone with Apple Watch Series 3 and later when you attempt to use Face ID while wearing a face mask. Notable, the feature only supports iPhone X and later models. The new iOS 14.5 update also adds support for AirTag. 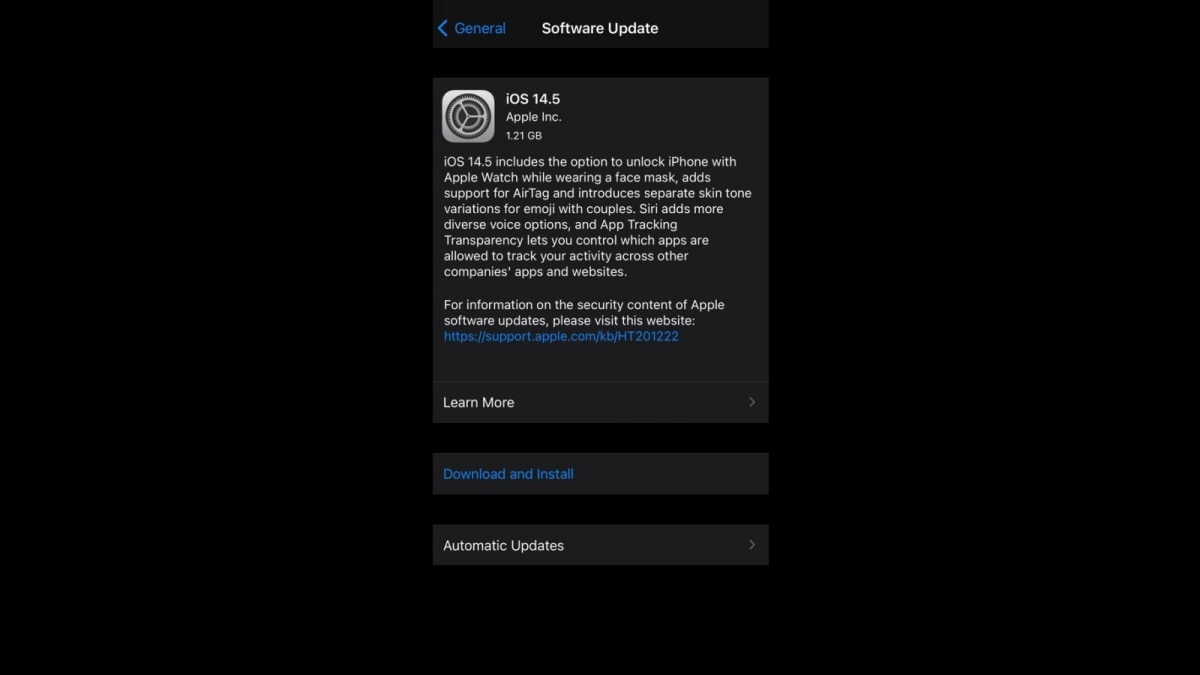 Here's the full changelog of the iOS 14.5 update:

AirTag and Find My

The all-new iOS 14.5 release also fixes some widely reported issues like the battery health reporting system will recalibrate maximum battery capacity and peak performance capability on iPhone 11 models to address inaccurate estimates of battery health reporting for some users. It also brings optimisation to reduce the appearance of a dim glow that may appear at reduced brightness levels with black backgrounds on iPhone 12 models.