Apple has launched the iPadOS that takes the prowess of the iOS 14 but has its own distinctiveness. 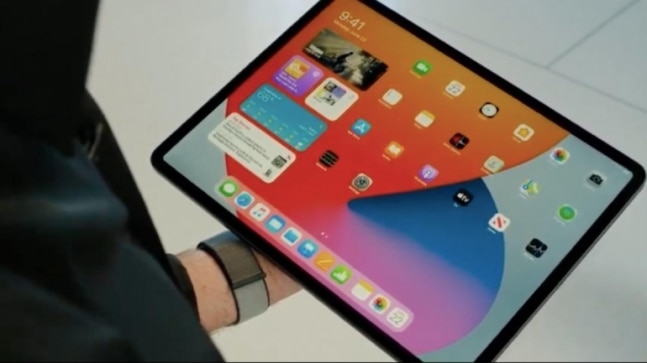 The iPadOS 14 was finally unveiled by Apple at its WWDC 2020 event on Monday. The latest version of iPadOS brings everything that iOS 14 packs, with some major redesign to how the interface looks on iPad's large screens. Siri is also getting a makeover on the iPadOS, much like the iOS, to become smaller and support small-sized notifications for results. The iPadOS is borrowing the Spotlight from macOS, which is being called the Universal Search, with a whole lot of improvements. The iPadOS 14 brings granular controls to popular productivity tools, such as Calendar, but there are not many significant changes per se. The developer beta of iPadOS 14 is available today while the stable versions will launch this fall.

For instance, the iPadOS now has a sidebar in the Photos app, which itself has been redesigned to allow the new language. There is more transparency to the windows, as well. The Music app is getting the sidebar too, along with a full-screen view to see the lyrics flowing on the screen for when you are karaoke-ing. The iPadOS 14 also lets you set a default app for what to use for Internet browsing. Unlike previously, you can now set Google Chrome or Edge as your default browser. The app for emailing can also be changed from the Apple Mail to others. This could perhaps be the biggest change for people who have been trying to get rid of the underwhelming Mail app.

The iPadOS 14 also brings support for Universal Search, which we mentioned earlier. It is similar to how the Spotlight Search worked but Apple is making it more aesthetic and useful. The Universal Search can fetch real-time results for questions, in addition to locating apps and settings for searched keywords. It also leverages Siri to provide more information and context about a query. The search bar for the Universal Search does not block the entire screen now, instead if just appears as a pop-up bar on the middle of the screen.

Apple Pencil is an integral part of the creators' community that uses the iPad. With iPadOS 14, Apple Pencil gets the Scribble mode, which essentially lets you turn your scribbling into proper texts for English and Chinese languages. The text can be copied and pasted anywhere in the text field. A similar functionality that will let you write using the Apple Pencil is coming to Apple's Notes app, wherein you can search for any words by just scribbling.

The Apple Maps app on the iPadOS 14 is getting the same treatment as the iOS 14 has got with today's announcement. This also means that the iPadOS 14 will bring the new iMessage tools and design, the latest Siri, and a new App Clips tool for within all native apps. App Clips is basically an extension of an app that will allow you to search the right app for anything that you stumble on. Finally, the iPadOS 14 is getting the compact screen window for calls, which will remind you of those on Samsung's One UI.