Thefault here does not mean a dent or a visible scratch on the screen or anywhere on the iPhone, it simply means a misaligned Apple logo on the rear panel. An iPhone 11 Pro which was found with a rare fault in design was sold for an exorbitant price. The fault here does not mean a dent or a visible scratch on the screen or anywhere on the iPhone, it simply means a misaligned Apple logo on the rear panel. Now, it makes you wonder why a seemingly faulty piece is being sold for three times its price, it is because Apple is known for its uniformity. Such errors do not usually take place in Apple iPhones and when they do, it is probably one in a million cases.

The news was first reported by Internal Archive, which shares information related to Apple which includes the prototype and more. The Twitter account shared an image of an iPhone 11 Pro and wrote, "A misprint iPhone 11 Pro that sold for 2700$. This misprint is extremely rare- I'd say 1 in 100 million or possibly even rarer." This means that the iPhone 11 Pro which is now worth 70,000 was sold for almost Rs 2 Lakhs. What makes it so unique is its rare fault in design. 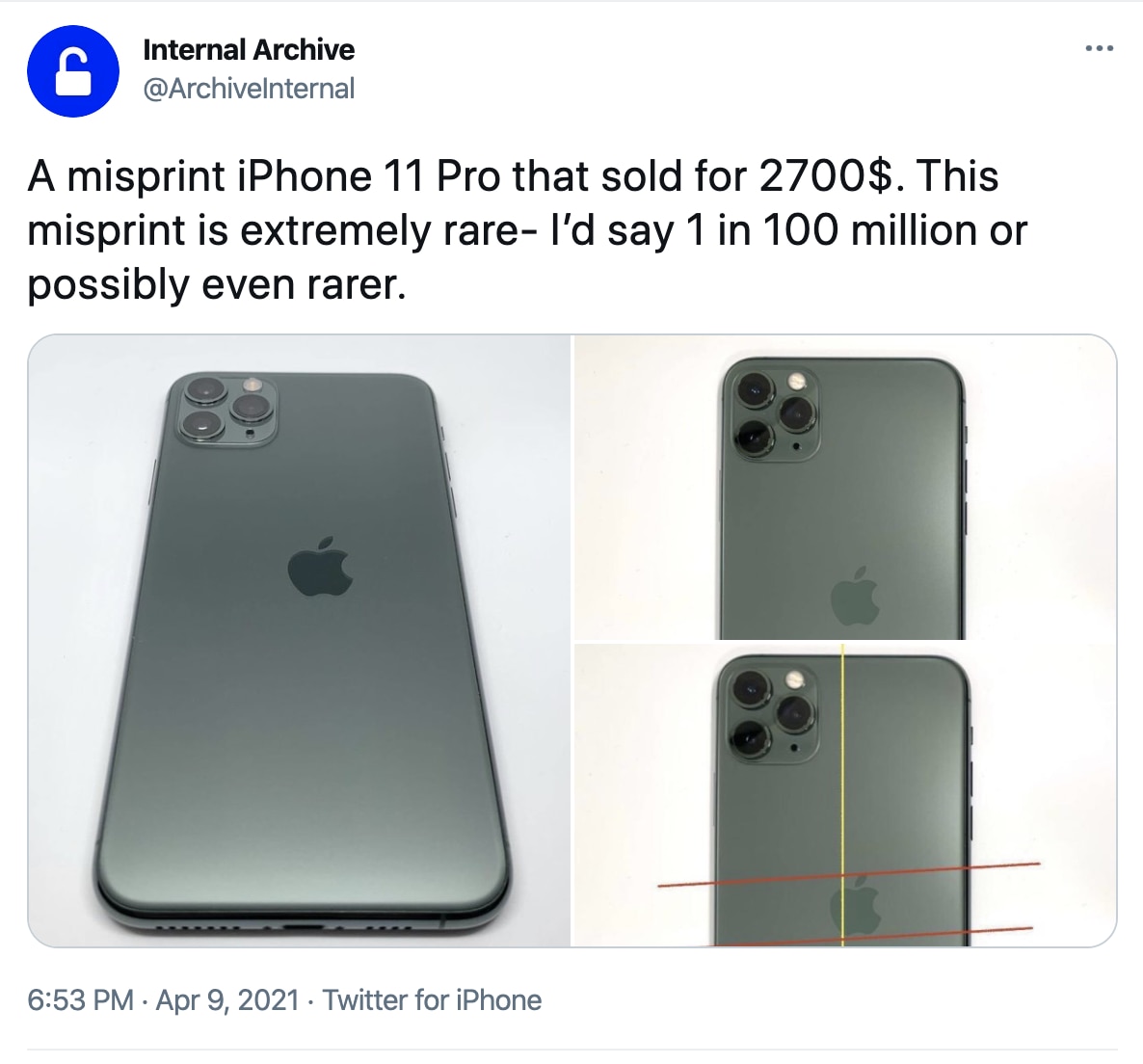 In this case, the Apple logo was leaning to the right side. The difference was hardly noticeable and unless you have an eye for details, you would not able to notice it. It is unlikely for an Apple iPhone with a misprint to leave the factory due to the company's extreme Quality Check practices. Whenever such misprints take place, Apple usually destroys them during manufacturing to stop them from reaching the collectors. But in this case, the iPhone 11 Pro was shipped to a customer making it a one in 100 million cases.