iPhone 12 series could see a serious makeover that might not go well with Apple fans. 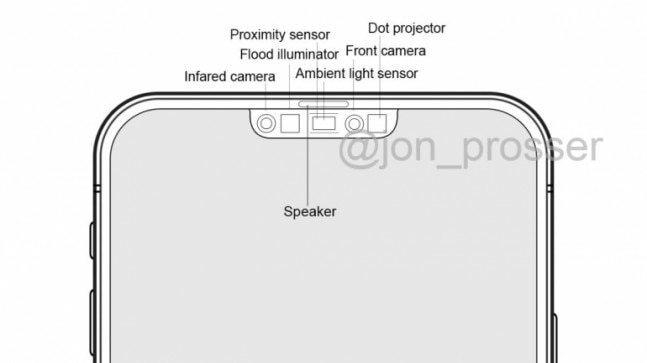 Apple could be making an overhaul to its upcoming iPhone series. The iPhone 12 series, which is likely to arrive on time in September, has been rumoured to get a smaller notch on the display. Now, a noted tipster has corroborated the claim with the help of schematics that tend to show what the iPhone 12 could look like. The existing iPhone models (after the iPhone X) have the same size of notch, which is wide enough to have drawn criticism time and again from users and reviewers. But, that notch eventually became an industry standard. Maybe Apple is now re-evaluating its own standard by giving a design makeover to its iPhone for this year.

Per Jon Prosser, who rose to fame for his accurate and credible leaks on everything related to Apple, has shared schematics for the iPhone 12 (read iPhone 12 series), which shows off an outline of its top portion. The notch has been shrunk a bit and the bezels have also been trimmed a little, according to the schematics. The array of sensors and the front camera are intact but now cover less space, leaving more display area on top (for notifications, maybe?). Since the sensors are staying, the Face ID is expected to work the way it does on existing iPhone models. Apple seems to have moved the earpiece on the bezel to make way for a smaller notch. This method has previously been used by a number of Android OEMs to reduce bezels and do away with the ugly notches.

But Prosser's claim is contrary to what a previous report said. A previous report, citing the schematics for the iPhone 12 Pro Max, suggested the notch would stay the same size as it is now on existing iPhone models. The schematics also imagined the full design of the iPhone 12 Pro Max, including a flat chassis, much like the one iPhone 5S. The iPhone 12 Pro Max is also said to have a LiDAR sensor and a different placement of the camera sensors at the back. The speaker grille will also be redesigned, in addition to the speaker getting sound improvements.

For what it is worth, iPhone 12 will be launched with major improvements, but the question is when. Several reports have contradicted each other for their authenticity over predicting the iPhone 12 launch timeline. While a fraction of reports claim iPhone 12 will launch on time, in September, a lot of reports have said Apple is delaying the launch of its 5G iPhone since it does not want the covid-19-induced situation to impact the sales.