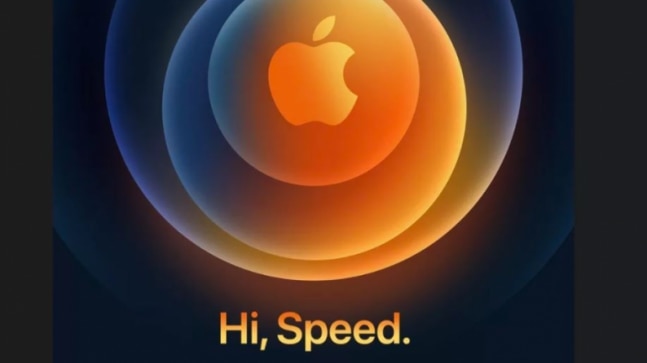 Apple has finally confirmed it. After months of speculations and rumours, the tech giant has announced the date for its big iPhone event. In an invite to the media and fans alike, Apple has revealed that the "Hi, Speed" event will take place on October 13.

This year's iPhone event is being scheduled at a date later than usual, with the phone previously missing its September launch window because of the disruptions caused to the supply and manufacturing chain because of the Covid-19 pandemic.

But of all these products, the iPhone 12 is definitely going to be the big highlight. The iPhone 12 series is expected to be populated by four new phones. As per the latest information revealed by Apple analyst, Ming-Chi Kuo, the iPhone 12 won't come with support for super-fast 120Hz refresh rate displays. The reason here appears to be battery life which Apple believes could take a hit on the phone if the company adds 120Hz panels on the iPhone 12.

Reports suggest the 6.1-inch and 6.7-inch models of iPhone 12 will bring with them the same display notch as was seen on the iPhone 11 models. Although, it is claimed the 5.4-inch model will have a slightly narrow notch as compared to the other phones. Ahead of the launch, there are few other details also known about the phones. Earlier, a leaked video had shown the iPhone 12 Pro, revealing the back panel and the placement of the new LiDAR sensor. This information comes courtesy of known tipster, EverythingApplePro who shared a short video that shows the 6.1-inch iPhone 12 Pro's back panel, revealing the LiDAR sensor placement and flat sides.