The iPhone 13 lineup leaks and rumours are bubbling up at an even higher pace. These leaks provide an even clearer idea of the upcoming iPhone 13 series's ins and outs. Read this article as we've stacked everything we know. 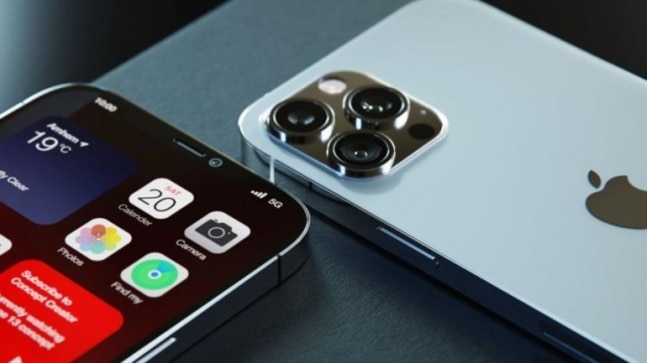 The launch of iPhone 13 lineup is not even close, but the plenty of leaks are pouring in to reveal more about this upcoming device. We did a rumour roundup story on iPhone 13 just a week ago, and here we are putting down another leak and rumour roundup.

The iPhone 13 series might not see some big changes as hinted in our previous iPhone 13 article. The iPhone 13 lineup will get a bigger and better display from what we have heard so far, an improved camera system, upgraded battery, support for all 5G bands, and more.

That's just a small chunk of information there's a lot we have gathered about the upcoming iPhone 13 lineup. So sit back and read this article to find out everything we know so far.

--Rumours about Apple ditching the notch has been making rounds, but this year we might see that happen. Several rumours and media reports are making strong statements about Apple rethinking the notch. The notch will be shrunk to make space for a bigger and better display. To attain a notch-less display, the engineers at Apple may integrate the flood illuminator, sensor and dot projector in a single unit, which make up for the famed Facial recognition system.

--Also, we have enough information about the complete design courtesy of LetsGoDigital and Concept Creator (Youtuber) who released a few renders claiming the device to be iPhone 12S Pro aka iPhone 13 Pro. --The iPhone 13 series is expected to follow the same design language as the iPhone 12 with a few subtle changes here and there, the renders suggest. Further, the renders suggest a major design that involves removal of the lightning port. This design change has been made to make space for the wireless charging tech.

--The iPhone 13 lineup may see four devices as mentioned before, and analysts say that there won't be any changes in the size from the previous year variants. The only difference would be in terms of thickness as the iPhone is expected to incorporate a bigger to increase battery life.

--The last year iPhone's did not ship with 120Hz Pro motion display despite several rumours hinting the change to take place. However, there's every chance that the Pro models will ship with high refresh displays. In order to implement this technology, Apple requires to adopt LTPO display tech. LTPO is a superior and power-efficient backplane technology that can switch the individual pixel on display on and off. Thus, allowing for better battery life on the Pro models.

--The iPhone 13 lineup will ship with an A15 Bionic chipset which could be built on a 4nm manufacturing process. This chipset is expected to be far better in terms of performance and power efficiency.

--New iPhones may see a major upgrade in terms of wireless connectivity. Apple's settlement with Qualcomm allows it to use Qualcomm's latest Snapdragon X60 5G modem. This modem will expectedly be integrated into the upcoming A15 Bionic chipset thereby, saving a lot of battery life.

--Apart from this, the iPhone 13 will also have support for the latest Wi-Fi compliance, i.e. the Wi-Fi 6E/6. --Apple devices stand out on the camera front, however, the last few years have been perfect for the device maker in the camera department. The iPhone 11 lineup had an excellent camera system followed by the iPhone 12 lineup. With the iPhone 13 series in the launch pipeline, some big changes are being suggested in terms of optics.

--Another interesting report suggests that all iPhone 13 models will get an upgraded ultra-wide lens with an f/1.8 lens. This information is not in line with the previous leak from the famed analyst Ming-Chi Kuo, which said that only Pro models would get new cameras. This new f/1.8 lens will allow a lot more light to enter the lens, resulting in an overall crisper image.

--Kuo further added that the upcoming iPhone 13 Pro and Pro max would borrow the Sensor-Shift stabilisation technology from the iPhone 12 Pro max. This should hugely benefit the video and image stabilisation on Pro models.

--Finally, all iPhone models this year might see a LiDAR sensor a report suggests.

Currently, there's not a lot of information around the launch of the iPhone 13 lineup. However, through Apple's previous launch trend, we can predict the lineup to launch globally in September 2021.