The iPhone 13 lineup is expected to see a couple of major improvements in design, display, cameras, authentication and more. Read this story to find out everything we know so far about the upcoming iPhone 13 lineup. 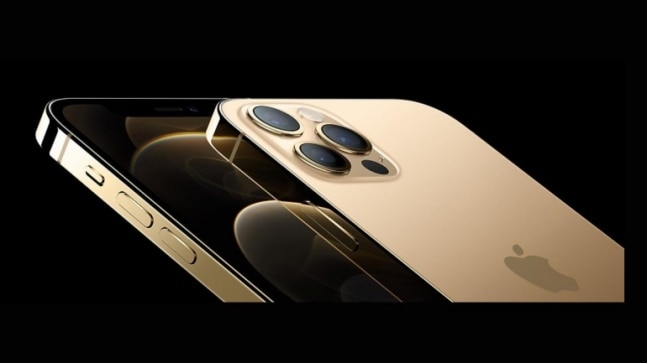 The few changes that the upcoming iPhone 13 lineup may see are expected to be significant one's. These changes can probably change the course of smartphone tech.

The leaks and rumours about the upcoming iPhones begin pouring in the way before the launch date and this year is no different. The iPhone 13 lineup has already been subjected to a plethora of leaks, through which we have a fair idea what to expect from the upcoming lineup.

So let's dive in straight to find everything about the iPhone 13 lineup that we know so far.

--As per the reports, the iPhone 13 might only see a couple of aesthetic changes. This may mean that the upcoming iPhone may still look like the iPhone 12 series. Apple is said to shrink the notch to make more space for the display. To achieve this, Apple may integrate the earlier segregated flood illuminator, sensor and dot projector in a single unit.

--There are a couple of more design changes if the leaks are to be believed. The biggest of them was removing the charging port to attain a completely portless design. This change has been long rumoured and might make it to the upcoming iPhone 13 lineup. Pro. The portless design has already been showcased by a couple of Android devices like Meizu Zero and Vivo Apex 2019. But Apple's shift to portless design is speculated to impact the smartphone tech industry hugely.

--Apart from this, the iPhone 13 lineup may also get an in-display fingerprint reader along with Face ID as claimed by a recent leak. The Face ID on Apple devices is extremely advanced and is considered one of the most reliable biometric systems on smartphones. Hence, this incorporation will help take the security a notch up on the upcoming iPhone lineup.

--The most obvious change expected on the new iPhone lineup is the chipset. This upcoming lineup should ship with the all-new A15 Bionic chipset which takes over the extremely efficient and powerful A14 Bionic seen on the iPhone 12 series. It will be interesting to find out if the engineers at Apple can pull off an even faster and powerful chipset.

--The iPhone 12 series from last year had an impressive camera setup. It will be interesting to see how Apple engineers build a camera setup that can outshine the previous iteration setup.

--In the camera department, the iPhone 13 lineup is expected to get a few notable upgrades. MacRumors' report says that the upcoming lineup will get an upgraded six-piece construction ultrawide lens capable of capturing even more crisp ultrawide shots.

--On top of that, the upcoming lineup is rumoured to get sensor-shift stabilisation technology for better Video and image stabilisation.

As of now, there's not a lot of information about the launch of this upcoming iPhone lineup. However, through the past trend, we can expect the device to launch globally in September 2021. We saw a delay in the launch last year, but that's unlikely to happen this year.