iPhone 9 aka iPhone SE 2 cases up for pre-orders, hint at iPhone 8-like design

Apple is highly likely to launch its low-cost iPhone, the iPhone 9 aka iPhone SE 2 sometime in March. But the device's cases are already up for pre-orders. 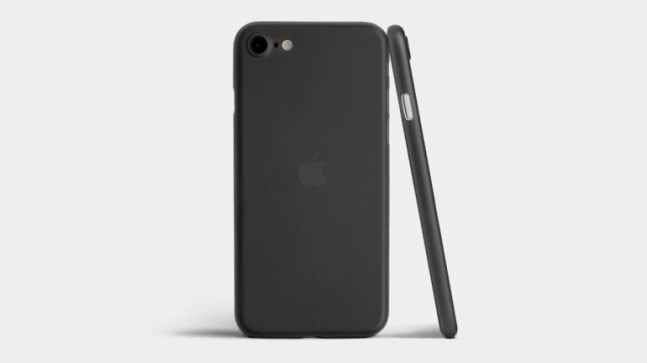 The next iPhone from Apple is likely the iPhone SE 2 aka iPhone 9. Rumours are rife that Apple will launch the upcoming device will make a debut sometime in March. We have also seen what the iPhone SE 2 will look like, thanks to a flurry of leaked renders. Now, mobile case makers have also begun hinting at the existence, as well as the design, of the iPhone SE 2. Apple's affordable iPhone could feature a design similar to that of the iPhone 8, if we go by the case for the iPhone SE 2.

A mobile phone case maker Totallee has listed what it claims is the case for the iPhone SE 2 on its website up for pre-order. There are a few product shots of the case, revealing the camera design on Apple's low-cost iPhone model. If this design is anything to believe, Apple's next affordable iPhone could look more like the iPhone 8 than the iPhone XR. This is also why Apple naming the device the iPhone 9 makes more sense. But the device's pricing might as well bring it to the iPhone SE clan.

If we are to assume that iPhone SE 2 is going to look like the iPhone 8, there could be a 4.7-inch display and a single rear camera, the shooting capabilities of which are not known at this point. The iPhone SE 2 or iPhone 9 is also likely to pack a Home button with Touch ID. Powering the device could be the latest Apple A13 Bionic chipset while the storage options could start at 64GB, the rumours have suggested.

As for the pricing of the iPhone SE 2, renowned Apple analyst Ming-Chi Kuo has predicted that it could be set at $399 for the base model. This translates to Rs 28,427 sans the tax and not related to Apple's weird currency conversion of US dollar to Indian rupee. It is also the price for which the iPhone SE was launched way back in 2016. The iPhone SE 2 could come in Grey, Silver, or Red colours, Kuo also added in his prediction note shared in October last year. The iPhone SE or iPhone 9 is also said to undergo mass production this month.

ALSO READ: | Safer Internet Day 2020: Here's what it means and how you can be safe
ALSO READ: | Realme Days sale: Discounts on Realme 5 Pro, Realme X2, and more smartphones
ALSO READ: | iPhone 9 to get bigger 4.9-inch display but have the same design as iPhone 8, launching mid-March
Tags: Apple | iPhone SE 2