Apple iPhone 9 is coming soon. Or will it be called iPhone SE 2?Whatever the name, rumors suggest that the iPhone 9 will be launched on April 15 and here is everything we know about it so far, including its expected price. 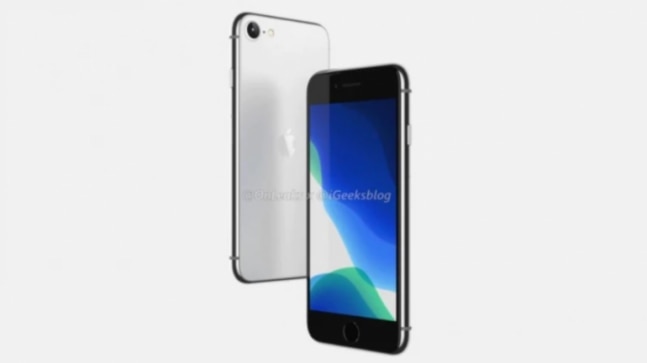 So, April 15 as the launch date of the iPhone 9... well, we will see. Only a week to go now. But until then, let's take a look back at all the rumours and tell you about the iPhone 9 price, specs, design and other key details. The iPhone 9 was recently listed on Chinese e-commerce website JD.com and that hints the phone is on its way to the market.

-- First, how many iPhone 9 variants? Speculations suggest that Apple may launch not one but two phones under the iPhone 9 series--the iPhone 9 and iPhone 9 plus. The iPhone 9 will likely have a screen size of 4.7 inches and the iPhone 9 Plus may come with a 5.4-inch screen.

— The iPhone 9 aka iPhone SE is rumored to be priced around $399, which is roughly around Rs 30,000. But that is a direct conversion from dollar to rupees. And we know that Apple doesn't do that. Apple marks up the dollar in relation to rupees at a premium, say something like Rs 90 for one dollar. This means if the global price of the iPhone 9 is $399, in India the phone might cost around Rs 36,000 to Rs 40,000. Even at this price, expect iPhone 9 to challenge the likes of Samsung, OnePlus and others.

-- Rumours suggest that the iPhone 9 will look similar to the iPhone 8. That's not a bad thing, considering the iPhone 8 is a well-designed phone.

— Coming to the looks and size the iPhone 9 might look similar to Apple's previous phones—the Apple iPhone 7 and iPhone 8. The Apple iPhone 9 is rumoured to feature a 4.7-inch LCD display and might bring back the Touch ID.

— In terms of the camera, Apple iPhone will reportedly flaunt a 12-megapixel single rear camera unlike the latest series of iPhones that have dual and triple rear camera setups.