The iPhone 9 is said to feature an A13 Bionic SoC and come with the company's TouchID technology. 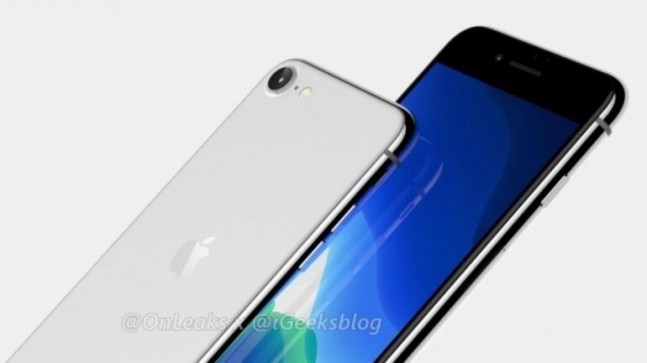 But whatever its name may be, what is increasingly becoming clear is that the phone's release is right around the corner with April 15 being the likely date of launch. Rumoured to sport a price tag of US $349, the smartphone is tipped to bring design and form factor similar to the iPhone 8, but pack within its frame some internals from newer iPhones.

As per a report published in MacRumors the device could arrive as early as this week. This claim is based on the revelations by noted Apple analyst, Jeff Pu, who is also an executive director at GF Securities.

The report claims that the iPhone SE 2 is set to arrive in "mid-April". Interestingly, this falls in line with previous claims made by Jon Prosser who had also given an April 15 date for the launch of the device. The iPhone SE 2 is said to feature an A13 Bionic SoC, 3 GB of RAM and up to 256 GB of storage. Apple's new iPhone could also feature Touch ID, and skip on more expensive technologies to keep the price in check.

But it's not only the information about the iPhone SE 2 that makes this new report interesting. It also claims that the iPhone 12 is well on track for release and that the 5.4-inch and two 6.1-inch iPhone 12 models should be available to purchase in September. The report further goes on to add that there would also be a larger 6.7-inch model which will be available starting October.