iPhone 9 to get bigger 4.9-inch display but have the same design as iPhone 8, launching mid-March

The iPhone 9 is rumoured to get a larger 4.9-inch display but it is said to retain the design of the iPhone 8 with the same TouchID sensor and big bezels. 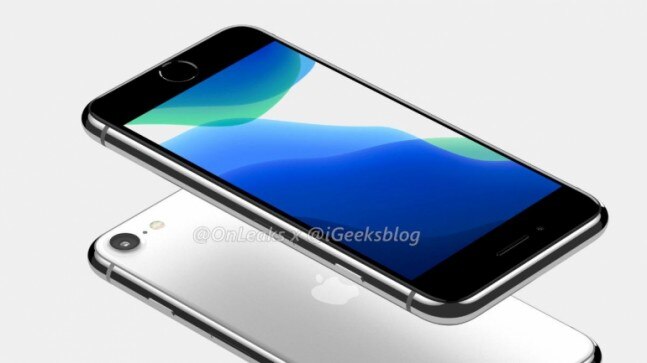 We have been long discussing the iPhone 9 and so far, there have been a host of renders as well as specification leaks. The iPhone 9 is known to be a revamped iPhone 8 with upgraded chipsets as well as cameras but Apple is said to be looking at a very low starting price of Rs $399 in emerging markets. The phone is also said to launch mid-March and with only a few weeks left, another leak suggests that the iPhone 9 could have a different display than the iPhone 8.

However, while the display is said to get bigger, the iPhone 9 is expected to have the same body as the iPhone 8. Hence, you could probably see a longer display possibly in the aspect ratio of 20:9. This would bring a new display size to Apple's ecosystem. The phone is still said to retain the TouchID embedded fingerprint sensor at the bottom and there will be big bezels on the top and bottom.

The most important bit is the pricing - Apple is expected to sell the base variant of the iPhone 9 with 64GB storage for as low as $399. The iPhone 9 will launch in emerging markets including India by mid-March.

Safer Internet Day 2020: Here's what it means and how you can be safe