iPhone 9 to launch after OnePlus 8: Should you wait for this budget iPhone? 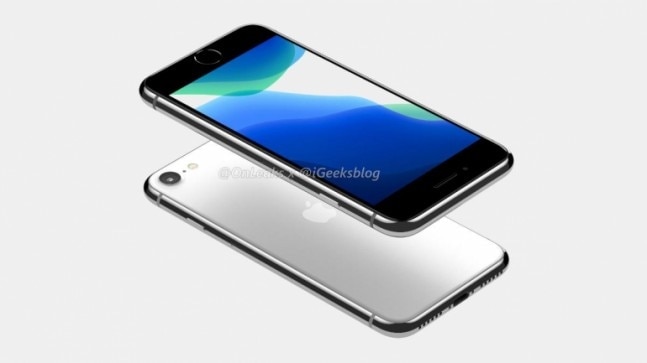 It's been long since we have been discussing the iPhone 9. Slated to be Apple's entry-level offering for most developing markets, including India, the iPhone 9 is set to spark some competition in the affordable segments after Apple managed to put on a good show with iPhone 11 in premium flagship space. Apple has kept mum about the iPhone 9 but look over to the world of leaks and rumours and there's so much that can help you decide which colour iPhone 9 you want to buy this summer.

The ongoing COVID-19 pandemic has cast doubts on the scheduled March launch but luckily, tipsters and analysts have been hard at work passing the updates regarding this. According to analyst Jon Prosser, the iPhone 9 is launching indeed and it may be unveiled soon after the OnePlus 8 series goes live. Yes, we can all expect apple's website to reflect the iPhone 9 from April 15. If we are lucky enough, we might also see the iPhone 9 Plus at the same time.

This hints at Apple playing it tactfully, given that OnePlus will be taking over the affordable smartphone market with the OnePlus 8 this year. The iPhone 9 has always been expected to launch with a sub-Rs 30,000 pricing and taking into account what Apple has planned, it could be a killer deal for smartphone shoppers this summer. But so will the OnePlus 8 too, based on the leaks so far.

Hence, should you wait for the iPhone 9 and if yes, then what should be the reasons behind it?

iPhone 9: Why OnePlus 8 buyers should hold on

Based on the leaks we have had on the iPhone 9, there's a lot for the iPhone 9 to offer over the OnePlus 8.

-The iPhone 9 will mark a return for Apple to compact smartphones after a long time. The iPhone 9 will be based on the same design as the iPhone 8 and that means, you will have a compact body that's easy to use single-handedly. Compared to the OnePlus 8, it will be a boon for those who yearn compact phones.

-A 4.7-inch IPS LCD retina display is supposed to be there on the iPhone 9, surrounded by the classic bezels and a Home button with the TouchID sensor mounted on it. The iPhone 9 Plus is said to get a bigger a 5.5-inch display. These displays won't be as good as the high refresh rate AMOLED panels on the OnePlus 8 but they will do the job quite well.

-Apple is rumoured to offer support for wireless charging on the iPhone 9 -- something which the standard OnePlus 8 may not offer.

-Performance will be taken care of by the Apple A13 chip that's said to be paired with 3GB RAM and storage potions of 64GB and 128GB. The A13 is miles ahead in terms of power over the Snapdragon 865 and it can chew through anything for the next three years easily. Moreover, the iOS ecosystem will offer better security and updates for up to five years. This is much better than Android that has its fair share of privacy-related concerns.

-Price is where Apple could take on OnePlus this time. The OnePlus 8 is speculated to start from Rs 40,000 in India and Apple will be looking to challenge it by possibly having a sub-Rs 30,000 starting price, similar to the iPhone SE from 2016.

ALSO READ | iPhone 9 all but confirmed by iOS 13.4.5 beta, could launch on April 15
ALSO READ | Facebook Live can now be accessed by non-Facebook Android users, to be rolled out for iOS users soon
ALSO READ | Bored of quarantined life? Try this new app to swap your face on famous music videos
TweetYoutube
Tags: iPhone

Zoom found to be leaking email addresses, photos of users to strangers