Apple now manufactures as many as four iPhone models, including the latest iPhone 12. 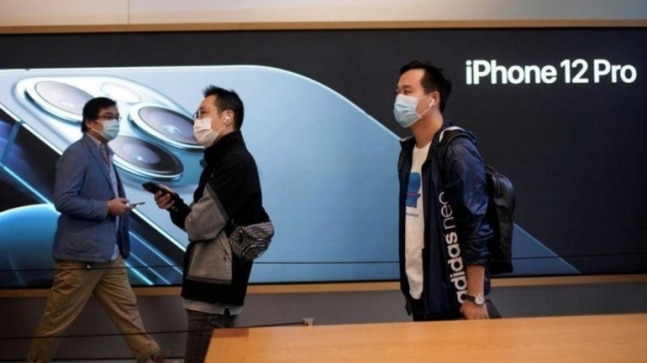 Apple expanded its manufacturing business in India not long ago. Taiwanese companies Foxconn and Wistron are the partners that have been making iPhones in India. But both manufacturers have hit a snag with production, thanks to Covid-19. Several employees at both facilities have tested positive. While Foxconn said it sent infected employees for quarantine, Wistron closed the facility for at least five days to prevent infection from getting spread to others. The production of iPhones may be affected, although none of the partners has confirmed production slowdowns.

Foxconn confirmed that at least 10 Chinese engineers at its plant in Chennai have tested Covid-19 positive, as per Taiwan News. The Taiwanese manufacturing giant said treatment for patients is underway at a hospital while the Chennai facility has been disinfected thoroughly. Because disinfection was done, Foxconn did not close the facility and is continuing to operate it. The government of Tamil Nadu recently imposed a complete lockdown till May 24. However, manufacturing industries have been permitted. Foxconn said in a statement that it will provide employees with the necessary means to prevent infections.

On the other hand, Wistron had to close its facility in Kolar, Karnataka for five days because three Taiwanese employees were infected. The facility now seems to be up and running as the manufacturing industry has the government's permission to operate during the ongoing lockdown.

India is reporting close to 4 lakh daily Covid-19 cases, in a situation that has the world's attention. The crisis caused by the second wave of coronavirus was aggravated by the acute shortage of medical supplies and life-saving drugs, leading to more deaths per day than India saw last year during the first wave. The worst affected states include Delhi, Uttar Pradesh, Maharashtra, all of which have imposed total or partial lockdowns to break the chain. Since manufacturing industries are allowed this time, Apple's partners are able to operate. But if the situation worsens, the production of iPhones in India may be impacted by stricter curfews.

The iPhone maker's strategy to focus on manufacturing in India is primarily an outcome of two reasons. First, manufacturing locally would allow Apple to reduce taxes on the iPhone -- even though the price of the iPhone remains more or less the same -- levied on the imports. The second reason has more to do with geopolitical trade relations between the US and China. Apple wants to play safe should a situation arise in the near future because of the tussle between the two countries that might impact iPhone production. And that is why the manufacturing of iPhones is expanding in India. It is also in line with the prime minister's Make in India initiative.

Apple Days sale on Flipkart brings instant discount of up to Rs 6,000 on iPhone 12, iPhone 12 Pro