Apple CEO Tim Cook said markets such as India have shown an immensely positive response to the company's products, including the iPhone and the iPad. 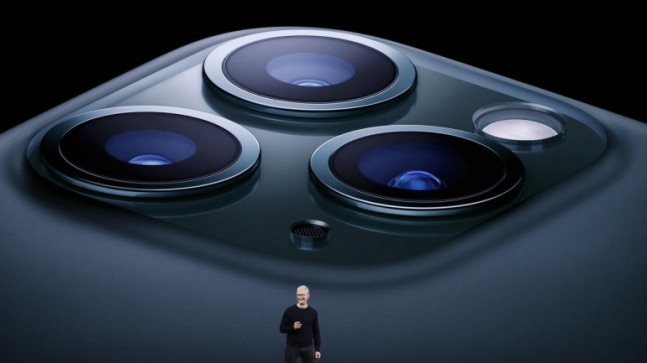 Riding high on the iPhone sales during the holiday season, Apple on Tuesday announced its highest quarterly revenue ever for the first quarter of 2020. In its earnings report for Q1 2020, Apple highlighted the strong demand for iPhone 11 and iPhone 11 Pro drove the sales in favour, pushing the base of active devices to 1.5 billion. What also swung the revenue for the holiday season was Apple's non-mobile devices, including the Apple Watch and the AirPods. Apple registered a growth of 9 per cent year-over-year standing at revenue of $91.8 billion. The earnings surpassed the projections by Wall Street of $88.43 billion revenue.

In a press statement, Apple CEO Tim Cook said, We see this as a powerful testament to the satisfaction, engagement and loyalty of our customers and a great driver of our growth across the board. Cook also emphasised the importance of emerging markets for the company, including India wherein Apple registered double-digit growth, owing to record sales of iPhone. Interestingly, iPad sales also grew in India among other markets such as Thailand, Turkey, and Poland.

The expanding base of Apple's hardware also means a big push to the company's service business. Apple reported a growth of 17 per cent YoY in the revenue generated from its services such as Apple Music, Apple TV+, Apple Pay, iCloud, and AppleCare among others. The revenue from the services stood at $12.7 billion during the quarter, which is marginally below than what analysts had predicted but significantly more than what Apple recorded last year.

Apple's venture in the streaming market with Apple TV+ emerged successful, largely to the one-year free subscription offer on new Apple devices. In India, Apple has priced Apple TV+ at Rs 99 per month, which matches the pricing tiers from more established streaming companies, such as Netflix, Amazon Prime Video, Hotstar, and ZEE5.

iPhone 11 and iPhone 11 Pro were launched last year in September, claimed to pack Apple's best features and hardware to take on rivals. While the latest iPhone models sold like hotcakes, the iPhone XR from 2018 became Apple's most-selling iPhone device, thanks to steep price cuts and discounts across the world. In India, Apple saw a spike in iPhone sales clocking a market share of 4 per cent during the Q4 2019. Apple's Q1 2020 report mentions that the company's international sales accounted for 61 per cent of the total quarterly revenue.

The Apple Watch and the AirPods also saw a rise in demand, so much so the company said it had to churn out more production to meet the demands. The total revenue generated by Apple's wearable category was $10 billion, which Cook said could match a Fortune 150 company'.

But while Apple is of good cheer about the surge in revenue driven by the phenomenal sales of recent iPhone models and other hardware, it is also wary of the disruption that will occur in the production of iPhone in China amid the Coronavirus outbreak. The major production of iPhone is carried out in China but the epidemic has caused Apple's suppliers in the Wuhan area to close until February 10. Apple is also shut one store in the country while minimising work hours for employees. Cook has predicted an uncertainty on the production and sales of the iPhone in China due to the Coronavirus.