The iPhone SE 2020 has been launched in India. Now before it goes on sale here, which will happen once lockdown is lifted, here are some key points you need to know about it. 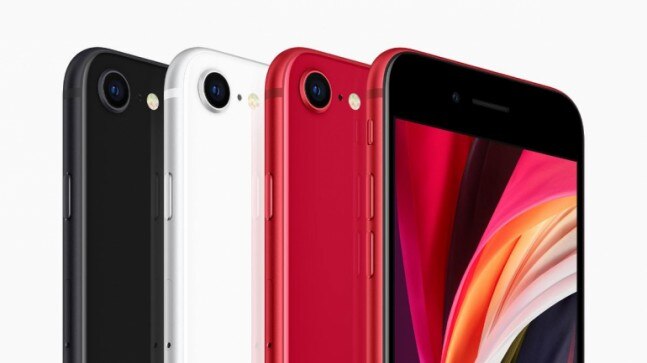 Apple launched one of its most affordable iPhones - the iPhone SE 2020 -- on April 15. This was a global as well as India launch, although the sale of the phone in India is going to take a while. The phone, although released at a time when the world is battling coronavirus, will surely have a lot of takers. It surely has its merits and may end up being the first iPhone for many.
With the insides of an iPhone 11 and the outsides of the iPhone 8, the iPhone SE 2020 is surely here to stay.

The iPhone SE 2020 brings back the old world charms - smaller size, the classic iPhone 8 design along with the Touch ID - that many old-time iPhone users, who are still using 4-inch iPhones may want. Yes, edge-to-edge screens are nice but some people are just too used to the iPhone of old days.

The new iPhone SE has the glass back and front along with the aluminum frame of the iPhone 11 but looks starkly similar to the iPhone 8. All in all a good phone for people who want to own a compact phone that fits in their palms easily. We will take a closer look at the iPhone SE when it becomes available in India, but until then here are some of the key bits you may need to know about it.

-That is not all that affordable, you say? Well, the India price is on the higher side because of all the taxes and because of how Apple perceives the Dollar-Rupee rate here. The iPhone SE prices in the US are more reasonable. The 64GB variant costs $399 in the US while the 128GB costs $449 and the top variant costs $549. In other words, if you are eyeing the new iPhone SE, it will make sense for you to get it or arrange it from the US or Hong Kong, where the prices are more affordable.

- When will the iPhone SE 2020 go on sale? Although the phone has been launched in India, there is no certainty about when the phone will go on sale in India due to the nationwide lockdown. Apple will start selling the iPhone SE in India only after lockdown is lifted on May 3. However, there is a possibility of the lockdown getting extended in India. In that case, you might have to wait a little longer to get your hands on the phone.

- Coming to the specifications, the iPhone features a 4.7-inch screen. It brings back Touch ID with the fingerprint sensor sitting below screen. The iPhone SE is powered by the A13 Bionic processor. It is in a way a successor to the now-discontinued iPhone 8, sporting the same design but an improved single rear camera and much faster chipset.

- The iPhone SE 2020 has the same camera specifications as that of iPhone XR but due to the latest processor, it could be a tad better than the iPhone XR camera. The phone features a 12-megapixel rear camera and a 7-megapixel selfie camera.