Apple is rumoured to be making an iPhone with 5.4-inch display, iOS 14's third developer beta drops major hints about it. 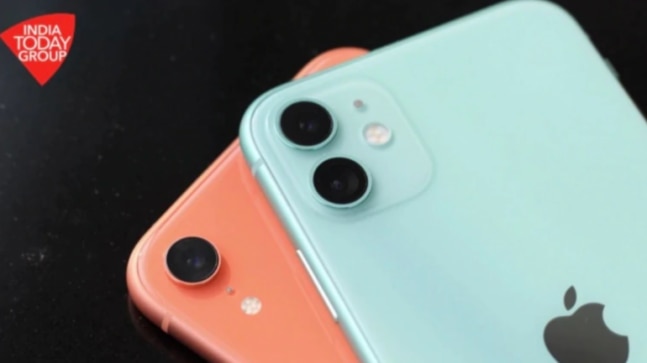 Apple is rumoured to be making an iPhone with 5.4-inch display, iOS 14's third developer beta drops major hints about it. The tech giant had released the third developer beta of iOS 14 recently and gives a fair idea about the next-generation iPhone, that could be smaller than the current ones.

As per a 9to5 Mac report, iOS 14 developer beta update has brought along the Display Zoom feature for the iPhone X, iPhone XS, and iPhone 11 Pro and is ready to work on smaller displays. Now, Zoom display is not something unheard of in the Apple ecosystem, it has been around since the time iPhone 6 was launched. It is primarily used to make the buttons, icons and texts larger.

So when you change to the Zoomed mode from the normal mode, everything appears bigger on the system interface. Apple uses a rather complicated trick to make the feature work, for instance, if you have a 5.5-inch iPhone, Apple will use the interface of a 4.7-inch screen. So observing the same logic, 9toMac has figured that Apple could be developing the "iOS interface to a new smaller resolution, which is the same used by Zoomed Mode in 5.8-inch iPhone models on iOS 14."

In June 2019, Apple analyst Ming-Chi Kuo also predicted that Apple could come up with a 5.4-inch iPhone. He further speculated that the iPhone might come with 5G support and sport an OLED display. Apple is also rumoured to launch the 5.4-inch iPhone with the upcoming line-up of iPhones later this year but it is still unclear whether it could be included in the iPhone 12 series.

A lot of speculations have been made about the specifications and features of the upcoming Apple iPhone 12. The latest rumours suggested that Apple iPhone 12 may cost $50 (approximately Rs 3700) more than the iPhone 11 despite not arriving without chasers and other accessories. Analyst Jeff Pu, who speculated the price, said that it could be because the iPhone 11 features an LCD display while the iPhone 12 is tipped to feature an OLED display.