A leaked photo of what is tipped to be the IQOO 3 has appeared on the Chinese social media website, Weibo. The phone could be India's first 5G phone. 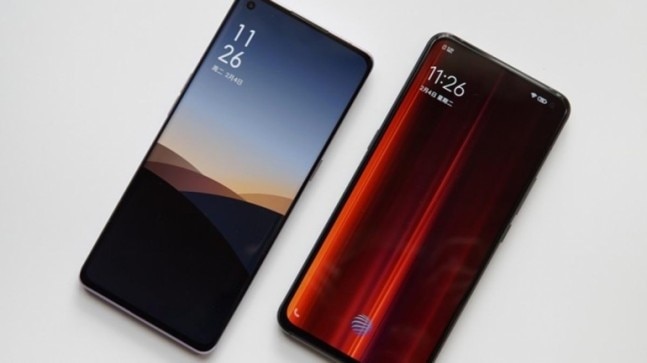 Vivo's IQOO recently announced its entry into India as a separate entity, and while making the announcement, it also revealed some information about how it plans to bring India's first 5G phone to the market in the coming weeks.

While at the time the company refrained from sharing any more information about it, we now appear to have received some details about it.

A leaked photo of what is tipped to be the IQOO 3 has appeared on the Chinese social media website, Weibo. This device is being said to be the 5G phone that will soon be launched in India. The leaked images show the device with a punch hole for the selfie camera in the upper right corner of the display. Interestingly, the leak also shows another smartphone, which is being said to be the Oppo Find X2.

The image has been leaked by Digital Chat Station', which shows the phone to sport a flat panel. The image also shows a round fingerprint icon in the lower half of the screen, with the iQoo flagship possibly featuring an in-display fingerprint sensor.

Apart from this, IQOO's upcoming flagship has been confirmed to bring 5G support and liquid cooling technology. The phone is expected to be launched later this month, and also bring Snapdragon 865 SoC.

There has also been other information floating on social media about the upcoming phone. However, the company has come out and distanced itself from, and has instead urged fans to wait for verified information that it will be sharing through its own social media handles that will go live very soon.

Apart from the first 5G phone in India, the brand has also confirmed it's working on a number of new phones which it plans to gradually launch in India through the year.

The brand's entry into India was announced by IQOO's Director of Marketing, Gagan Arora. Speaking exclusively to India Today Tech, he has confirmed that the company wants to enter the Indian market as a brand that brings the best in class performance with its phones.

Arora also revealed that since India will be a focus market for IQOO, it wants to bring industry-first innovations to the country with its products. He also informed us that this commitment will be highlighted in the smartphone that the company launches this month with the device also bringing an innovative battery technology with it. Although he stopped short of disclosing specifics, he did say this battery tech will be an industry first.

LG, ZTE pull out of MWC 2020 amid Coronavirus fears