One of the key highlights of IQOO 3 is that it brings the promise 5G. The phone also gets a quad-camera set-up with a primary 48-megapixel lens. 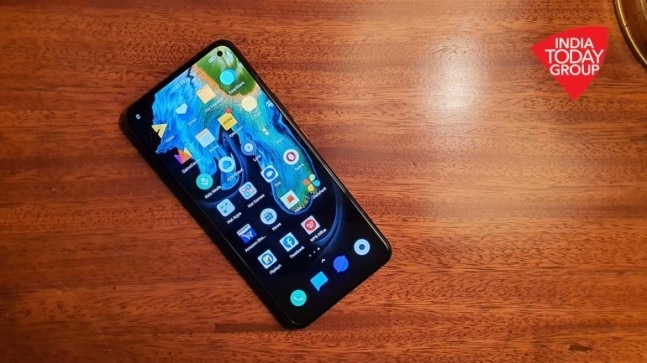 IQOO has finally launched its first smartphone in India at a glittering event in Mumbai. The company introduced to the world the IQOO 3 as India's second 5G enabled Snapdragon 865 smartphone. Apart from the chipset, the device also brings with itself some interesting features that should help compete against the likes of the OnePlus 7T Pro and the recently announced Realme X50 Pro 5G in the entry-level of the premium segment of the market.

Among the key highlights of the device is the fact that it brings to the table the promise of being 5G ready. There's also a massive 6.44-inch display and a 48-megapixel lens-based quad-camera set-up too for helping it stand tall against the competition.

The IQOO 3 has been launched in India in two memory variants for the 4G variant. The entry-level device gets 128GB of storage, while the higher-end variant brings 256GB of memory. Both variants also differ ever so slightly in RAM allocation with the former getting 8GB of RAM, while the latter getting 12GB read-only memory.

The two also differ slightly when it comes to price, with the higher memory variant retailing for Rs 39,999, while the entry-level model has been announced to start retail at Rs 36,999.

The 5G variant of the device will only be available in a single variant with 12GB RAM and 256GB of storage. It has been priced at Rs 44,999. All the variants of the phone will be available in three colors.

On the outside, IQOO 3 comes with a 6.44-inch Super AMOLED Full HD+ display which the company claims provides 180Hz of touch response. The display is HDR10+ ready and is primed for streaming content and playing games on it. For its protection, IQOO has used a sheet of Gorilla Glass 6 at the front and the back.

Under the hood, there's a Snapdragon 865 SoC paired with up to 12GB of RAM and 256GB of storage depending on the variant of choice. For software, the phone uses IQOO OS 1.0 which brings with itself features such as Game Center, Ultra Game Mode, Smart Split, Eye Protection Mode and Fun video.

The IQOO 3 also gets air triggers which IQOO is calling the Monster Touch Buttons. These are placed on the side of the frame for helping users to achieve quick multi-finger operations in the game.

For cameras, the IQOO 3 gets a quad-camera set-up which includes a 48-megapixel main sensor sat next to a 13-megapixel telephoto unit with 10x Zoom, a 13-megapixel super wide-angle lens with 120-degree FoV and a 2-megapixel macro and bokeh camera. For selfies, the device also houses a 13-megapixel lens.

IQOO is also talking up the device's battery prowess, with the phone packing within its frame a 4400mAh battery pack with support for 55W IQOO Flash Charge technology that promises 50 per cent of charge in just 15 minutes.