Heres's our pick of the best smartphones for playing the most graphics-intensive available on Google Play right now. 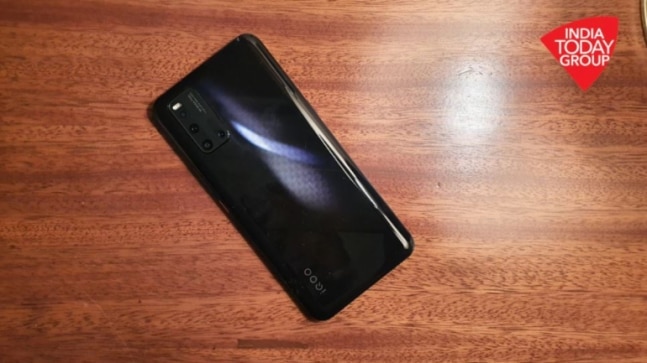 The ongoing coronavirus pandemic has been bad news whichever way one looks at it. With entire countries locked down, and possibly billions still stuck indoors, many of us have had to get creative to simply kill time and get through these long summer days.

For this, content streaming platforms such as Netflix and Amazon Prime Video have emerged as a popular choice. However, a large chunk of the crowd has also taken to gaming to beat the lockdown blues -- especially gaming on smartphones, which over the last two months has seen a massive surge.

But as many of us have found out in the past, mobile gaming is a difficult beast to tame, one that requires not only time and expensive data, but also a powerful handheld device to eventually run graphics-intensive games such as PUBG and Call of Duty: Mobile. So if you're in the market for a new and powerful Android device to run the latest games in the market, then read on to know our pick of the best. The iQOO 3 offers impressive gaming experience with its 6.44-inch Super AMOLED Full HD+ display which the company claims provides 180Hz of touch response. The display is HDR10+ ready and is primed for streaming content and playing games on it.

Under the hood, there's a powerful Snapdragon 865 SoC paired with 8GB of RAM and 128GB of storage. For software, the phone uses IQOO OS 1.0 which brings with itself features such as Game Center, Ultra Game Mode, Smart Split, Eye Protection Mode and Fun video. For cameras, the IQOO 3 gets a quad-camera set-up which includes a 48-megapixel main sensor sat next to a 13-megapixel telephoto unit with 10x Zoom, a 13-megapixel super-wide-angle lens with 120-degree FoV and a 2-megapixel macro and bokeh camera. The OnePlus 8 comes with a 6.55-inch FullHD+ Fluid AMOLED display, with an aspect ratio of 20:9 and a pixel density of 402ppi. Rated at 90Hz, the panel supports running games at fast refresh rates.

Under the hood, we have the same flagship-level performance as the OnePlus 8 Pro as this phone also gets a 5G enabled Snapdragon 865 chipset ticking at its core. The memory variants are also the same as the one on the OnePlus 8 Pro.

The OnePlus 8 only gets a triple camera module. Of the three cameras, the primary is a 48-megapixel lens that's a Sony IMX586 sensor. The secondary is an ultra-wide 16-megapixel lens, while the third sensor completing the module is a 2-megapixel macro lens. The phone runs OnePlus' Oxygen OS and brings a 4300mAh battery. It misses out on support for wireless charging but can be fast charged through the OnePlus 8's Warp 30T supporting Type-C port.

The biggest draw of the Realme X50 Pro is its support for dual-channel 5G and the fact it can switch to the newer generation networking standard in areas where it's available right now. Apart from this, the phone also sports some powerful specs, including an octa-core Qualcomm Snapdragon 865 SoC paired with up to 12GB of LPDDR5 RAM and 256GB UFS 3.0 storage.

Realme has also added to the mix a Turbo write feature that will speed up file transfers. For games, the Realme X50 Pro 5G packs an Adreno 650 GPU. The display is a 6.44-inch full-HD+ Samsung Super AMOLED panel with a refresh rate of 90Hz and a screen-to-body ratio of 90 per cent. It is protected by the Corning Gorilla Glass 5 on top. The Asus ROG Phone 2 is one of those smartphones that has been crafted with gamers in mind. It brings flagship-grade hardware and a design that's flashy enough for the most serious of gamers. The device also focuses on ensuring it remains cool at all times as it features advanced cooling mechanisms.

The entry variant of the Asus ROG Phone 2 is available for a competitive price and brings with it 8GB of RAM and 128GB of storage. Asus is using a Qualcomm Snapdragon 855 chipset that helps the phone to achieve superior benchmark scores when compared to other flagship smartphones.

While we've been recommending the Galaxy S10 Lite to photography enthusiasts for a while now, we cannot help recommend this to gamers too. The phone comes with a big edge-to-edge 6.7-inch punch-hole Infinity-O display capable of Full HD+ resolutions and a maximum pixel density of 394ppi. But unlike the display on the S10 and S10 Plus, this display is not curved, which makes it a far better option for playing games.

Powering the phone is a Qualcomm Snapdragon 855 processor paired with 8GB RAM and 128GB of storage. While the chipset may not be the fastest one around, it is still quite powerful for playing any game available on Google Play right now.

As a bonus, the Galaxy S10 Lite is great at clicking pictures too, with the phone being equipped with a powerful set-up comprising of three lenses, with the primary being a 48-megapixel main camera sat next to a 12-megapixel ultra-wide sensor, and a 5-megapixel macro lens. The front of the phone also features a 32-megapixel lens for clicking selfies.