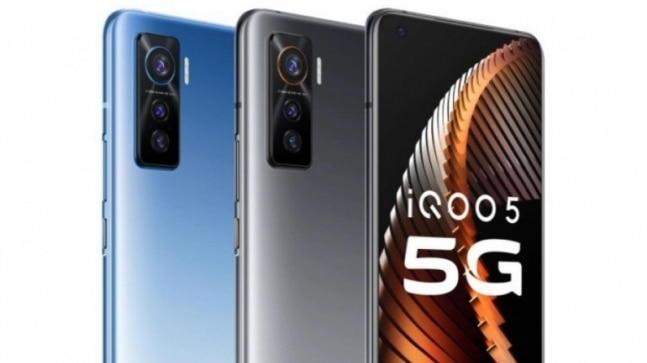 After weeks of leaks and rumours, Vivo has launched the iQOO 5 series of flagship phones in China. The new iQOO series brings with itself two new phones -- iQOO 5 and iQOO 5 Pro. The phones offer flagship grade specs and promise support for high refresh rate among other features.

The iQOO 5 Pro comes in Track Version and Legendary Edition color schemes. It starts at CNY 4,998 for the 8/256GB variant while the 12/256GB version retails for CNY 5,498. Sales in China will begin on August 24, with the company still remaining mum on international availability of the device.

The iQOO 5 series brings with itself a 120Hz refresh rate AMOLED display that's 6.56-inches in size. But the two displays differ from each other slightly. This is because the display of the iQOO 5 is flat while the iQOO 5 Pro features a screen with curved edges. Both panels flaunt a 20:9 aspect ratio panel and can get extremely bring at 1,300 nits brightness. They also hide underneath an in-display fingerprint reader.

Google will no longer send updates to Huawei smartphones, here's why