iQOO has teased a new launch for a Qualcomm Snapdragon 888-powered device in India that is likely to launch this month. 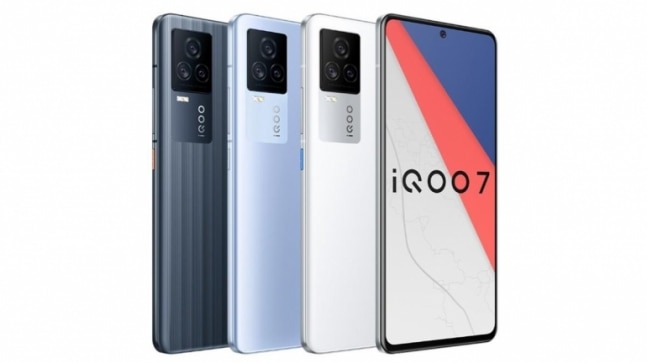 The iQOO 7 has been teased to launch in India later this month. The launch date has not yet been officially confirmed. The upcoming iQOO 7 is likely to be powered by Qualcomm Snapdragon 888 SoC according to the notable tipster Mukul Sharma. The IQOO 7 will be taking on the likes of the OnePlus 9.

The tipster claims the iQOO 7 Legend will be the BMW M Motorsport edition that was launched in China back in January. The iQOO flagship phone comes with a 120Hz refresh rate, 120W fast-charging support, 48MP triple cameras, and Android 11 OS.

[Exclusive] I can confirm that this is the iQOO 7 Legend, confirmed to launch in India in April powered by Qualcomm Snapdragon 888. This will be the BMW M Motorsport edition.
Feel free to retweet.#iQOO#iQOO7#iQOO7Legendhttps://t.co/r2eiONV17K

The smartphone will feature a 6.62-inch FHD+ AMOLED display. The top variant of the device is equipped with 12GB RAM and 256 GB Storage. It is powered by a 4000mAh battery with 120W fast charging. The front selfie camera is a 16MP sensor.

Google Is Restricting Apps From Seeing All Installed Apps For Privacy