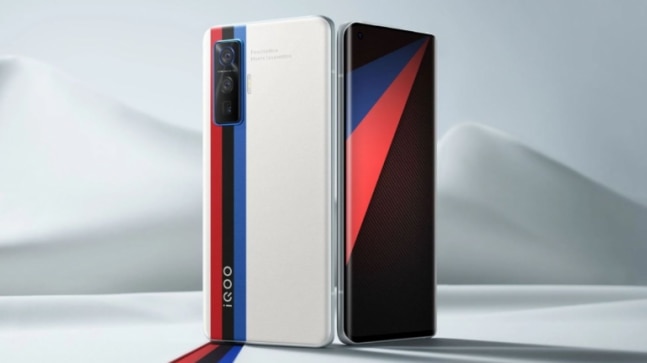 Earlier, the company had released a teaser, revealing the iQOO 7 BMW edition's official poster. The poster showed the phone's rear camera set-up and also revealed the interesting colour scheme of the special BMW version of the mobile.

Apart from this, the company has given away nothing else about the device, however, tipster Digital Chat Station has revealed on Weibo, that iQOO 7 could soon become the fastest charging phone in the world. The phone is now tipped to bring support for 120W fast charging with itself. Interestingly, this is also in line with a 3C certification that reveals the phone is set to get support for fast charging.

The phone is tipped to use iQOO's already existing commercially viable 120W Ultra-Fast charging technology which can charge a smartphone's typical 4,000mAh battery in under 15 minutes. Apart from this, the trusted tipster also reveals that the iQOO 7 will get triple cameras which will include a 48MP 1/1.2-inch primary sensor with OIS support.

Apart from this, the iQOO 7 is speculated to feature an AMOLED display with a centered punch-hole, and get the Snapdragon 888 SoC, and run iQOO UI inspired by OriginOS based on Android 11 out of the box.

For now, we can only wait and watch, however, with the phone launching on January 11, the wait for information about the device won't be too long as the leaks and rumors about it should start coming in more frequently in the days to come. Additionally, we can also expect some amount of official information to also start coming in about the device courtesy of official teasers of the phone. As always, we will follow all developments closely, so watch this space for all the latest on the iQOO 7.