The iQOO Neo 3 has been launched in a number of RAM and storage variants. All variants promise fast performance and big battery life. 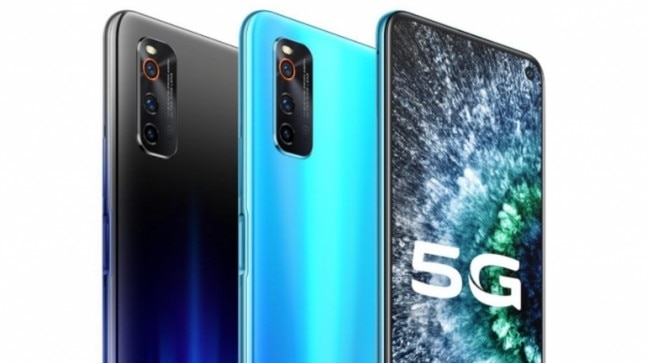 iQOO Neo 3 has been launched in China as the brand's new flagship. The device comes sporting specs to match this tag as it gets the latest Snapdragon 865 SoC with 5G, a super-fast display and a big battery with fast charging.

The device has been announced for sale only in China, however, it is expected to make way to India in the coming months, where it will take over the role of being the company's flagship from the iQOO 3 -- a device that has received a price cut in India only yesterday.

In China, the iQOO Neo 3 will be available for pre-orders via Vivo's China website and also select e-commerce portals starting today and will go on sale in China from April 29th. For the price, the iQOO Neo 3 gets some impressive specs, with the phone clad with a 6.57-inch full HD+ display on the outside that can refresh at 144Hz and also supports HDR10. The display brings a 20:9 aspect ratio and a maximum resolution of 2408 X 1080 pixels.

Under the hood, we have Qualcomm's most powerful chipset at the moment, the Snapdragon 865 SoC with Adreno 650 GPU. The chipset has been paired with up to 12GB LPDDR5 RAM and 256GB UFS 3.1 storage for blazing-fast performance.

The hardware is brought together by the company's iQOO UI-based on Android 10 that makes use of the available hardware with software features like 4D Game Shock 2.0, game voice change 2.0, Hi-res sound effects and Game space 3.5 to enhance the user's gaming experience.

The phone also gets triple cameras at the back consisting of a 48-megapixel primary lens sat next to an 8-megapixel wide-angle-lens and a 2-megapixel macro sensor. The cameras are claimed to bring a long list of features, however, the most interesting ones are its ability to shoot and record videos in 4K and support for the portrait mode.

The front camera is a 16-megapixel single lens with a punch-hole cutout for clicking selfies. Keeping the lights on the device is a 4,500mAh battery that supports 44W fast-charging. The iQOO Neo 3 also brings Super liquid cooling to keep the phone's temperature down during games and also gets gaming features including the Multi Turbo 3 that is capable of reducing network dropouts and freezes, and repair system problems during gaming.