The iQOO Z1 has been launched in multiple variants, with the entry one coming with 6GB RAM and 128GB storage. 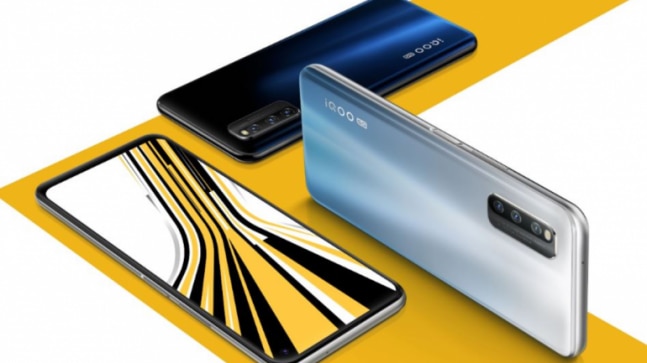 After weeks of leaks and teasers, iQOO's latest flagship, the Z1 5G has finally been launched by the company. It is the first smartphone to be powered by MediaTek's Dimensity 1000+ SoC, and brings some really interesting specs to the table.

The iQOO Z1 5G has been launched in two different colours -- Space blue and Galaxy Silver. According to reports, there's also a special edition version One Piece which features the One Piece skull and logo on its back.

For the price, the iQOO Z1 5G gets some impressive specs, with the phone clad with a 6.57-inch full HD+ display on the outside that can refresh at 144Hz and also supports HDR10. The display brings a 20:9 aspect ratio and a maximum resolution of 2408 X 1080 pixels.

Under the hood, the iQOO Z1 packs a MediaTek's latest Dimensity 1000+ SoC. The phone also gets triple cameras at the back consisting of a 48-megapixel primary lens sat next to an 8-megapixel wide-angle-lens and a 2-megapixel macro sensor. The cameras are claimed to bring a long list of features, however, the most interesting ones are its ability to shoot and record videos in 4K and support for the portrait mode.

The front camera is a 16-megapixel single lens with a punch-hole cutout for clicking selfies. Keeping the lights on the device is a 4,500mAh battery that supports 44W fast-charging. The iQOO Z1 5G also brings Super liquid cooling to keep the phone's temperature down during games and also gets gaming features including the Multi Turbo 3 that is capable of reducing network dropouts and freezes, and repair system problems during gaming.

Motorola Edge+ launched in India: Price, specifications and everything you need to know