Is India going to ban Bitcoin? Here is story so far

The Indian government is closer than ever to impose a blanket ban on crypto-currency trading, mining and investments in the country. 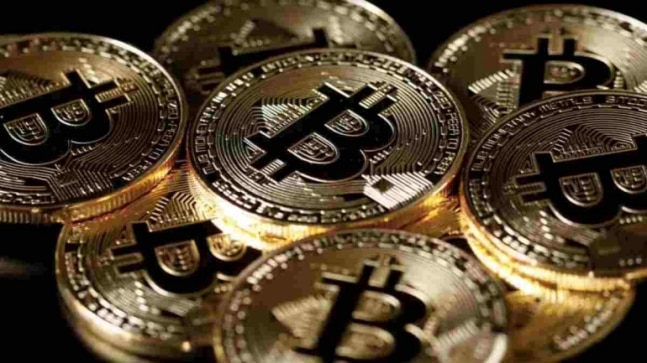 Crypto-currency is the generic name given to virtual currency.

The Indian government is closer than ever to impose a blanket ban on crypto-currency trading, mining and investments in the country. This will include the much talked about Bitcoin along as well as other popular crypto-currencies. A bill for the same has already been proposed and on Tuesday, Finance Minister Nirmala Sitharaman said in the Rajya Sabha that a high-level Inter-Ministerial Committee (IMC) has been constituted under the Chairmanship of Secretary (Economic Affairs) to study the issues related to virtual currencies and propose actions through which all private cryptocurrencies, except any virtual currencies issued by state, will be prohibited in India.

The government has also proposed to launch Reserve Bank of India (RBI) backed Central Bank-backed Digital Currency (CBDC). This leaves the industry and investors uncertain about the future of virtual currencies in India. However, this isn't the first time when government has tried to act against crypto-currency. Here is a complete look at everything that has happened so far.

What is crypto-currency and how is it different from CBDC?

Crypto-currency is the generic name given to virtual currency. It is used as a digital asset designed to work as a medium of exchange. They work using blockchain which is a decentralized technology spread across many computers that manages and records transactions. There are 6700 different types of crypto-currency traded publicly, according to CoinMarketCap.com, a market research website. Some of the popular ones include Bitcoin, Dogecoin, Ethereum, XRP etc.

None of these crypto-currencies are issued by the central bank of a nation. That's what differentiates them from CBDCs. The latter is a digital currency which holds the same value as fiat currencies issued by a country's central bank. People's Bank of China was the first major central bank to announce it would experiment with a CBDC.

-- The Indian government has been trying to find ways to protect the investors and find a viable solution. In December 2013, the RBI had cautioned the users about the risks of virtual currencies for the very first time. It had said that their value is a matter of speculation and not underpinned by an asset or good. Since then, things have changed dramatically.

-- On April 6, 2018, RBI issued a circular barring banks from dealing with crypto-firms and virtual currencies. The circular said that such services include "maintaining accounts, registering, trading, settling, clearing, giving loans against virtual tokens, accepting them as collateral, opening accounts of exchanges dealing with them and transfer / receipt of money in accounts relating to purchase/ sale of VCs."

-- On February 28, 2019, the Finance Ministry committee on virtual-currencies recommended a ban and suggested that India should create a digital rupee. It also drafted a bill banning all crypto activity in the country, punishable with fine of up to Rs 25 crore or with an imprisonment term of one to ten years, or both. However, this wasn't approved by the Parliament.

-- This month, the government introduced the Cryptocurrency and Regulation of Official Digital Currency Bill, 2021 during the Budget session of Parliament. RBI also suggested that it plans to bring a digital version of the Indian Rupee and "was exploring the possibility as to whether there was a need for a digital version of fiat currency, and in case there was then how to operationalise it."

-- The Finance Minister further clarified government's stance against crypto-currency with her reply in the Rajya Sabha. "A high-level Inter-Ministerial Committee (IMC) constituted under the Chairmanship of Secretary (Economic Affairs) to study the issues related to virtual currencies and propose specific actions to be taken in the matter recommended in its report that all private cryptocurrencies, except any virtual currencies issued by state, will be prohibited in India," Nirmala Sitharaman said.

-- Minister of State for Finance Anurag Thakur also expressed the concerns around the ability to regulate these currencies. He said that cryptocurrencies are neither currencies nor assets, placing them outside the direct regulatory ambit of RBI or the Securities and Exchange Board of India (Sebi). Hence, the government will bring a bill on the subject.

Amid the talks of a possible ban in India, crypto-currencies have received a fresh boost following a backing from Elon Musk. His car firm Tesla has bought about $1.5bn (Ł1.1bn) of Bitcoin in bought about $1.5bn (Ł1.1bn). The investment helped Bitcoin to jump 17% to $44,220, a record high. Musk has also been talking about Bitcoin and other cryptocurrencies, including Dogecoin, which jumped 50% after his endorsement.

India isn't the only country to consider the possibility of launching its own crypto-currency. Others have either done that or mulling their options. Nations like Ecuador, China, Singapore, Venezuela Tunisia and Senegal have issued their own cryptocurrencies. Those who are exploring options include Estonia, Japan, Palestine, Russia and Sweden are exploring options to launch their own digital assets.

Thailand has approved 13 legal crypto businesses to operate legally in the country. China is also aggressively pushing its efforts on virtual currencies. It will issue 40 million yuan ($6.2 million) as part of latest trials in digital currency this week to boost consumption over the upcoming Lunar New Year holiday.

Also Read | US lawyer turns up for court proceedings on Zoom with cat filter on, judge calls it profession's dedication
Also Read | Nokia 5.4, Nokia 3.4 coming soon to India and this is how they will fight Realme, Redmi
Also Read | What is going on with Elon Musk, Doge, Tesla and Bitcoin? Here is the story so far

Nokia 5.4, Nokia 3.4 coming soon to India and this is how they will fight Realme, Redmi