Is OnePlus 8T a good buy? Review in 5 points

Read our review of the OnePlus 8T in five points to know if the phone is worth your money. 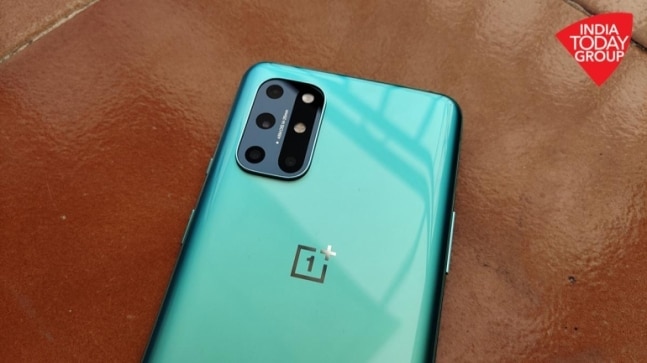 OnePlus 8T is the latest flagship from phone maker OnePlus. Launched as the mid-year upgrade of the OnePlus 8, the OnePlus 8T does improve in a number of ways on its predecessor and since it is the only OnePlus phone that was launched by the company at its latest event, it also brings in a few features that are an upgrade on the more premium OnePlus 8 Pro.

But despite bringing these upgrades, the OnePlus 8T does not let go of the aggressive price point that the OnePlus 8 was launched at. Available at a price of Rs 42,999 for the entry variant, the OnePlus looks a very good buy.

Read our review of the OnePlus 8T in five points to know if the phone is worth your money.

1- OnePlus 8T flaunts a design that looks and feels more premium than what is being asked for the phone. The device is machined out of glass and a lightweight metal frame in the middle, which makes it a fairly lightweight device at 188 grams and because of its curved edges fits snuggly into the hand.

The OnePlus 8T is offered in two new colours: Aquamarine Green and Lunar Silver. The unit in this review is Green, a finish OnePlus has created using a special process called diffuse reflection, which not only gives the device a fancy look but also helps minimise the effects of fingerprints and smudges. But despite this, the phone is prone to picking up smudges here and there.

2 - Moving to the front, we have a gorgeous 6.55-inch AMOLED display which is surrounded by very little bezels. Talking about the display, it is definitely amongst the best ones fitted on a phone right now. Putting out 2400 x 1080 pixels, the display can get crisp while reading text or watching videos on it because of its high pixel density of 402ppi.

The display can also get plenty bright and we found it completely usable even under harsh sunlight. However, much like the OnePlus 8 series of devices, the biggest talking point of the display is the 120Hz fast refresh rate which not only makes the OnePlus 8T capable of playing games like Call of Duty: Mobile at high frame rates, but in general, a brilliant device to endlessly browse the web on.

3 - OnePlus 8T offers powerful specifications as the device has been equipped with a Snapdragon 865 chipset. This has been paired with up to 12GB of RAM and 256GB of fast UFS 3.1 storage, making this a very fast phone, one which can effectively take everything you throw at it.

Its core configuration paired with the phone's clean Android 11 based Oxygen OS, proves good enough to handle not only social media and other apps of daily use, but also multi-tasking and heavy-duty games such as Call of Duty: Mobile which runs flawlessly at high graphics settings and with toggles for high frame rate and texture smoothing technologies such as anti-aliasing turned on.

4 - OnePlus 8T also brings slightly improved cameras which majorly improve on low-light photography. The phone offers a versatile usage experience while clicking photos as it comes with four cameras of which the primary is a 48-megapixel Sony IMX586 sensor. The lens has an aperture of F/1.7 and supports both OIS and EIS which works as advertised and helps the camera maintain a high level of stability while shooting images.

The OnePlus 8T offers a lot in terms of versatility. Its new ultra-wide-angle lens has a 123-degree field of view. Additionally, the OnePlus 8T gets two more lenses. The first of these is an improved 5-megapixel macro lens which again is a definite upgrade on the OnePlus 8, while the other appears to be the same 2-megapixel monochrome lens.

Overall, the performance of the OnePlus 8T's cameras is good when photos are shot in well-lit scenarios while the low light performance despite still not being perfect is definitely an upgrade on the OnePlus 8's.

5 - The battery is the biggest area of upgrade on the OnePlus 8T. Compared to its predecessor, the OnePlus 8T brings a slightly bigger 4500mAh battery which can be charged at almost double the speed compared to the OnePlus 8 battery. This is because with the OnePlus 8T, the company has now migrated to a new charging standard that it calls the Warp Charge 65. With the new technology helping the battery, the phone can be charged to the brim in about 40-45 minutes.