The OnePlus Z is rumoured to come out in the month of July and as is the norm, a leak has shown the front of the device in all its glory. 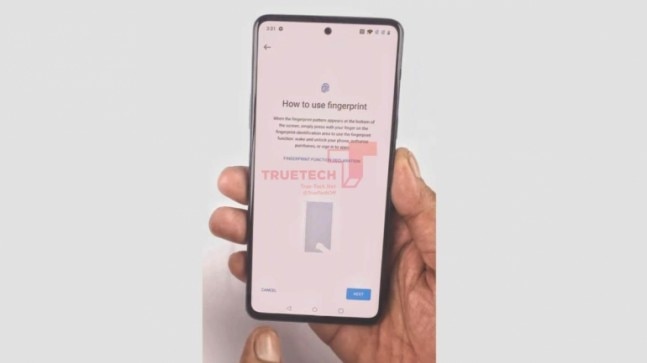 One of the most anticipated products coming from OnePlus this year is not the OnePlus 8 series, but the expectedly "flagship killer" OnePlus Z. Initially known to tipsters as the OnePlus 8 Lite, the OnePlus Z is expected to be the third model in OnePlus' lineup that takes care of the affordable range, which is probably under Rs 30,000. We have heard that this OnePlus Z is coming to our markets by July 2020 and if you were wondering how would it look, you are in luck.

A recent tip from true-tech shares a photo of what is said to be the OnePlus Z. There's no way to figure out if this is a fake or authentic photo but given that this source has been sharing photos of previous OnePlus devices, we can assume that chances for this to be true could be high. If the phone is indeed going to launch in July, we can expect OnePlus to start testing the prototypes out in the real world.

Nonetheless, the OnePlus Z shown in the photo is akin to what the previous renders of the device have shown us. There's a modern bezel-less design at the front and it seems that OnePlus is sticking to an AMOLED panel for the OnePlus Z. On the top, there's a punch-hole cutout that holds the camera but unlike the OnePlus 8, it sits in the centre instead of a corner. The volume and power buttons are noticeable along with the classic Alert Slider.

The OnePlus Z also appears to be running OnePlus' Oxygen OS here and the screen in this particular case shows a fingerprint setup process, hinting at an in-display scanner. Sadly, what's not visible is the back of the phone, which could have hinted about the type of the main camera setup. It is also unknown whether the OnePlus Z will ditch the 3.5mm headphone jack similar to its expensive kins.

The OnePlus Z is supposed to be the phone for OnePlus what the iPhone SE (2020) is to Apple. Rumours have suggested that the OnePlus Z will carry on from where the original OnePlus X left in 2016. That said, we speculate that OnePlus could be aiming at the sub-Rs 30,000 segment with the OnePlus Z, and to make it possible, the OnePlus Z will rely on a MediaTek Dimensity 1000 chip instead of a Qualcomm Snapdragon 865.

How to keep smartphone, keyboard, other daily items clean, virus-free? This UV steriliser may help