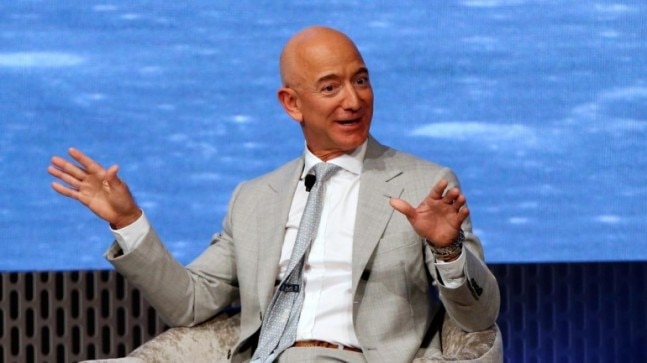 Amazon CEO Jeff Bezos on Monday announced that he was establishing Bezos Earth Fund that would funnel $10 billion into tackling climate change. Bezos, who is the world's richest man, made the announcement through an Instagram post.

"I'm committing $10 billion to start and will begin issuing grants this summer," Bezos wrote in his Instagram post. "Earth is the one thing we all have in common -- let's protect it together."

Bezos expressed his concern relating to global warming, which in recent years has been manifested not only in the rising temperatures across the world but also increase in heat waves, cyclones, floods, draughts and change in local weather. The Amazon CEO emphasised that global warming was the "biggest threat" to our planet.

"I want to work alongside others both to amplify known ways and to explore new ways of fighting the devastating impact of climate change on this planet we all share," he wrote.

Beyond the pledges from the world's richest man, what is more significant here is his financial commitment to the cause. Bezos wrote that $10 billion fund that he is promising in fight against climate change will be used to help and fund scientists, activists, NGOs that trying to contain effects of global warming.

"This global initiative any effort that offers a real possibility to help preserve and protect the natural world. We can save Earth. It's going to take collective action from big companies, small companies, nation states, global organizations, and individuals," Bezos wrote.

The setting up of Bezos Earth Fund comes weeks after a strike which was held by Amazon's employees in January. Hundreds of employees had earlier put their jobs at risk and had taken to the streets to slam Amazon's energy-use policies. The striking employees had stated their dissatisfaction with their own company by saying that Amazon was being hypocrite as it had said that it would only use renewable energy sources and cut its carbon emissions but continued using non-renewable energy.

According to a report by the Guardian 20 companies are responsible for one-third of all greenhouse gas emissions since 1965 and some of these companies like BP and Shell depend on Amazon for cloud computing, machine learning and data services.

Last year in September, Amazon had said it emitted 44.4 million metric tons of carbon dioxide in 2018, a number that comes close to pollution rates of some small nations. Following this, Amazon had announced "Climate Pledge" which aims to make the company carbon neutral by 2040. As part of the pledge, Amazon had also promised to buy 1,00,000 electric delivery vans.