The new Jio Phone 2021 comes with a new design and interesting offers that you should not miss. 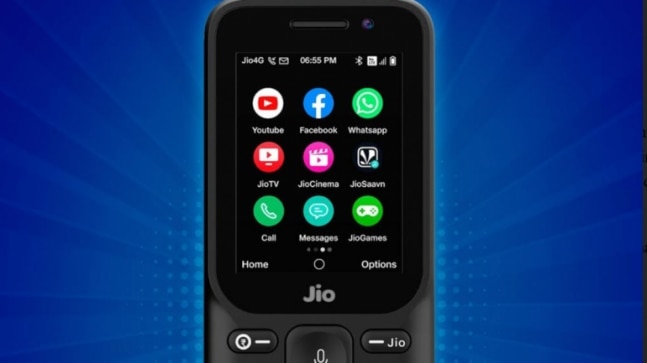 Reliance Jio had announced the successor to its feature phone—the Jio Phone. The new Jio Phone 2021 comes with a new design and interesting offers that you should not miss. Along with the phone, Reliance has also announced three exciting plans that are included with the device. Jio has a 2-year plan, a one-year plan and a special plan for existing users. The Jio Phone 2021 offer will go live from March 1 across Reliance Retail and Jio retailers.

The two-year plan that Jio has announced costs Rs 1999. Now in just Rs 1999, you will get a handset along with unlimited voice calls, unlimited data which would include 2GB data per month. This means that once you get the phone, you will not have to either recharge your phone for voice calling or for data for the next two years. This will save a lot of your money and you will be freed from the monthly recharge process. For internet data, you will get a monthly 2GB data for the two years. Once you have consumed the entire data, the Internet speed will be dropped to 64Kbps.'

Jio has also announced a cheaper plan in case you do not want to spend Rs 1999. The one-year-plan that Jio has introduced costs only Rs 1499. The plan also includes a handset and unlimited voice calls for 12 months along with 2GB high-speed data per month. Upon exhausting the data, the internet speed would be dropped to 64Kbps.

Jio had also announced a plan for the existing Jio Phone users at Rs 749. This plan does not include a handset but comes with unlimited voice calls, unlimited internet data for 12 months. Users will get 2GB of data every month for one year but if the monthly data is exhausted the speed would be reduced to 64Kbps.

Now if you look at the Rs 1999 Plan offered by Jio. It helps users save a lot of money especially if you are planning to buy a feature phone. If recharge your phone with the cheapest Jio Phone plan that comes with 3 GB monthly data along with unlimited calling, you would end up spending Rs 75 per month. And if you multiply Rs 75 with 24, you would end up spending Rs 1800 only on the recharge pack. However, with the Rs 1999, you are also getting a new handset that can perform the basic features.

Coming back to the Jio Phone, it was launched back in 2017. It comes with 4G connectivity and it is also the first feature phone to support 4G. The device features a 2.4-inch display and runs on KaiOS. The phone can run apps including WhatsApp and YouTube.

Redmi Note 10 to come with 120Hz display and more