John McAfee, the man behind McAfee anti-virus software, has been arrested in Spain on charges of tax evasion. 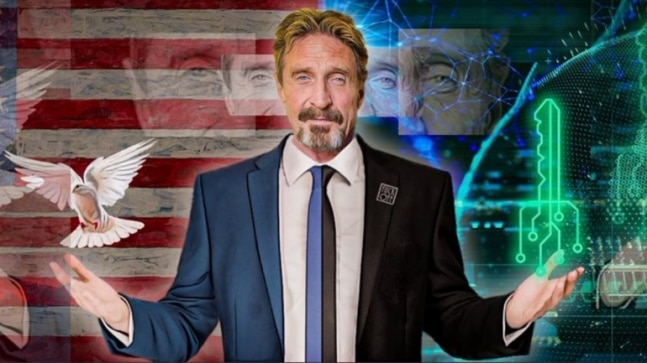 John McAfee, the man behind McAfee anti-virus software, has been arrested in Spain on charges of tax evasion. It is being reported that McAfee failed to pay his taxes for four consecutive years despite earning a lot of money between 2014 and 2018.

The indictment states that McAfee avoided paying the taxes by not taking his income in his bank account. He allegedly got his money paid in the other bank account and cryptocurrency accounts. McAfee also hid his property details from the authorities as they were not bought in his name. His assets include a Yacht, which he reportedly hid from the authorities and used it someone else's name. Interestingly, none of the properties that were discovered were in his own name.

As per reports, if McAfee is convicted he will have to face a maximum to five years in jail for not paying tax and on year for deliberately failing to file a tax return.

McAfee was also sued by the Securities and Exchange Commission for not revealing that Twitter paid him more than $23 million in Bitcoin to promote initial coin offerings (ICOs) on Twitter between December and January in 2018.

SEC said in its complaint, "McAfee promoted multiple ICOs on Twitter, allegedly pretending to be impartial and independent even though he was paid more than $23 million in digital assets for the promotions. When certain investors asked whether he was paid to promote the ICOs, McAfee allegedly denied receiving any compensation from the issuers. The complaint alleges that McAfee made other false and misleading statements, such as claiming that he had personally invested in some of the ICOs and that he was advising certain issuers. The complaint alleges that Watson assisted McAfee by negotiating the promotion deals with the ICO issuers, helping McAfee cash out the digital asset payments for the promotions, and, for one of the ICOs McAfee was promoting, having his then-spouse tweet interest in the ICO. Watson was allegedly paid at least $316,000 for his role. According to the complaint, while McAfee and Watson profited, investors were left holding digital assets that are now essentially worthless."