KFC is launching a gaming console that will warm up your chicken while you game. 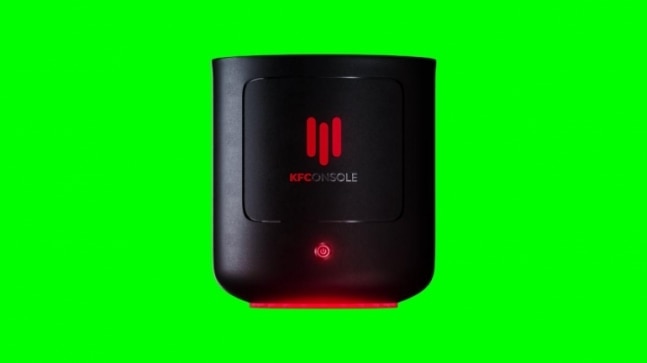 The famous Kentucky based fast-food brand has unveiled more details for its upcoming gaming console. It features a custom-built cooling system that utilises heat produced by the console's components to heat up the chicken chamber. The company revealed that" The chicken chamber will keep its contents hot, ready for consumption during intense gaming sessions."

The console has been reportedly designed by Cooler Master, a Taiwanese computer hardware manufacturer that mostly focuses on cooling systems for desktops. The company also manufactures gaming keyboards, chairs, monitors, and more. KFC spokesman Mark Cheevers told the BBC: "This machine is capable of running games at top-level specs, all on top of keeping your meal warm for you to enjoy during your gaming experience... what's not to like? He further added that "If Sony or Microsoft want any tips on how to engineer a chicken chamber for their efforts next time, they'd be welcome to get in touch."

The console wars are .

The fast-food chain said it currently had no details on the expected price of the gaming console or a release date. Cheevers added: "We all know the console war is vicious, but we're very confident in the KFConsole as our flagship entry."

The KFConsole advertising campaign began in June and gained more than 11 million views on the KFC Gaming Twitter page. Many people initially thought it was a spoof. Back in August KFC said it was halting its "Finger-Lickin' Good" slogan given the current hygiene advice around the coronavirus pandemic.