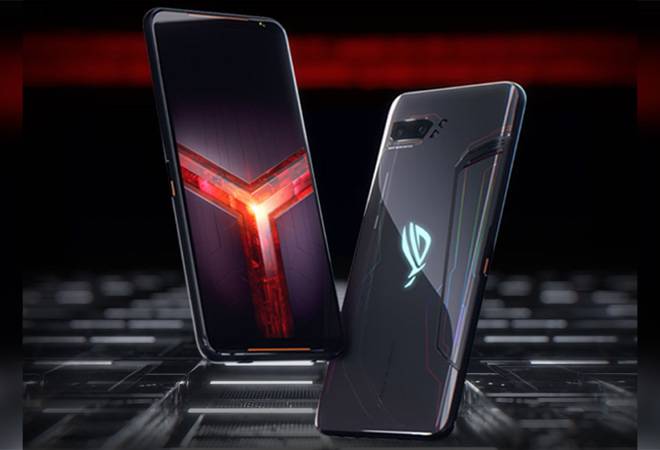 With most smartphones capable of handling gaming apps, there has been a sudden influx of dedicated gaming smartphones. Apple has always emphasised how iPhones are great for gaming. So has OnePlus and many other brands with dedicated gaming mode. China-based Black Shark, the dedicated gaming company, launched its flagship device in India a few months ago. It was quickly followed by the launch of Nubia Red Magic 3. Now, Taiwanese smartphone player Asus has launched the successor to its ROG (Republic of Gamers) smartphone. Asus claims to have customised the ROG Phone II according to the needs of Indian consumers after taking several feedback and suggestions into consideration.

The ASUS ROG Phone II features a 6.65-inch AMOLED display with 120Hz refresh rate, 1ms response time, 10-bit HDR support and an optical in-display fingerprint sensor. Running Android 9.0 Pie with stock Android, it is powered by the latest flagship processor - Qualcomm Snapdragon 855Plus clocked at 2.96GHz with Qualcomm Adreno 640 GPU clocked at 675 Mhz along with 8GB of RAM and 128GB onboard storage. However, users can opt for ROG UI as well, which has been optimised for gaming.

For the device to offer a smooth and consistent gaming experience, the GameCool II will keep the device cool with its advanced 3D VaporChamber. Asus claims to have designed the phone for an immersive console-like gaming experience with AirTriggers II that will allow users to take full control. Other features include a side-charging port and four Wi-Fi antennas located strategically for uninterrupted high network data access. Other than gaming, it packs in a 48 MP Sony IMX 586 sensor with f/1.79 aperture along with a 13MP secondary camera, and a 24MP front camera.

All this is backed by a 6000 mAh battery with 30 W fast charging support. Priced at Rs 37,999, the Asus ROG Phone II 8GB RAM with 128GB storage will be accompanied with an 18W QC4.0 charger along with AeroCase and will go on sale on Flipkart from September 30.  The 12GB RAM with 512GB storage variant will retail for Rs 59,999 at a later date and will be accompanied with a 30W ROG Charger, AeroActive Cooler, and the Aero Case.

"ROG was created for those who dared to be different. It is devotion for those who thrive on the thrill of performance and the exciting journey to victory," says ASUS Chairman, Jonney Shih.

ASUS ROG has announced partnerships with Blazing Games Inc., Capcom, Gameloft, and MADFINGER Games at IFA, 2019. There will be exclusive in-game content and optimisations for ROG Phone II.

Offering a complete gaming experience, Asus has launched a range of accessories including the TwinView Dock priced at Rs 19,999, Mobile Desktop station for Rs 12,999, ROG Kunai Gamepad for Rs 9,999, Lighting Armor case for Rs 2,999, Aero Active Cooler at Rs 3,999 and ROG 30W charger that can be purchased separately for Rs 1,999.

Vivo U10 set to launch in India at 12pm today: How to livestream, expected price and specifications