Priced at Rs 31,990, the device is powered by 1.5GHz Qualcomm Snapdragon processor and paired with 2GB of RAM. 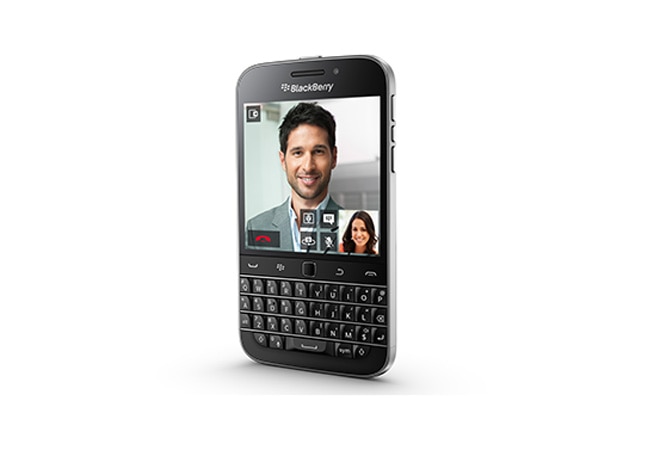 BlackBerry has launched its Classic smartphone in India, a few months after it released the Passport in the country.

Priced at Rs 31,990, the Classic is powered by 1.5GHz Qualcomm Snapdragon processor and is paired with 2GB of RAM. It runs on BlackBerry OS 10.3.1.

The company will take forward its Bold series with this smartphone. It has a 3.5-inch touch display and navigation keys along with BlackBerry Bold's QWERTY keyboard. BlackBerry has also brought back the trackpad and has smartly gelled it with the BB 10 UI.

The new Classic has 16 GB of internal storage and supports up to 128 GB expandable memory. The device is equipped with 8MP rear camera and 2MP front facing camera. Connectivity options onboard include NFC, Bluetooth. It has the BlackBerry World and Amazon Appstore for downloading apps to the phone.

"With the launch of the BlackBerry Classic, we bring back the unique BlackBerry QWERTY experience that made that BlackBerry smartphones a users' go-to productivity tool", said Sunil Lalwani, Managing Director, BlackBerry India, at the launch.

The smartphone is available at BlackBerry Exclusive stores and on Snapdeal.com.

The company has also launched a buyback offer where existing BlackBerry Bold smartphone users can get up to Rs 4,500 discount on purchase of the BlackBerry Classic. This offer, though, can only be availed on Snapdeal.com.

Xiaomi announces Mi Note to take on iPhone 6 Plus